Encrypted messages are decrypted: password of 42 digits from Bylock 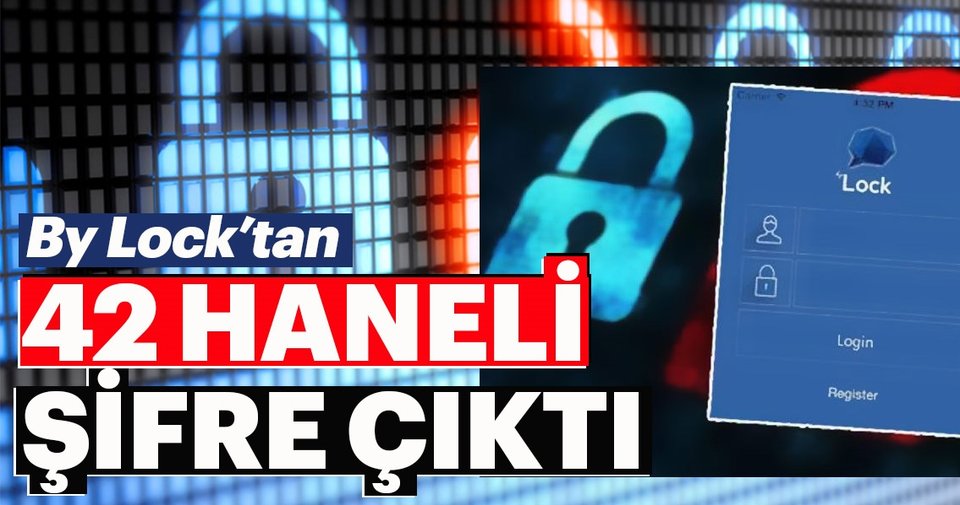 The most encrypted messages from Lock have also been resolved. Members of the Fetullahçı Terrorist Organization / Parallel State Constitution (FETO / PDY) were found to hide ByLock messages by downloading four different encoding programs after ByLock. In the total of 17 million ByLock messages, the most secret 3 million correspondence, which has been encrypted, began to be deciphered. In ByLock, long passwords of up to 42 were identified.

3 DIFFERENT PROGRAMS & # 39; S
The new ByLock passwords came to light when the content of ByLock, the secret communication program used by the PTO / PDY members, was solved. According to the findings of Istanbul Organize Crimes Branch; while some members of the FBO ByLock, which was founded in 2014, also installed four different coding programs. FETOS software and processors installed software programs to encrypt transmitted messages. Those people told ByLock to the people who uploaded it and they uploaded the programs to the devices. According to the complaint, some programs that have been encrypted from one end to the other have hidden the hidden messages.

VPN, TRUECRYPT, AES …
After the ByLock was installed, the programs & # 39; s and devices installed in the devices were connected to the devices abroad and the ByLock messages were displayed as if they were being thrown abroad. FETÖ & # 39; s new coding measures appeared in ByLock content analysis. Some messages have also been retrieved and decoded.

CYPRUS 32 YEARS can RESOLVE
made According to the examinations, the members of the FETF; passwords with VPN, TrueCrypt and AES encryption techniques that can be decoded and decompressed from open source for up to 32 years, depending on their rating. These messages are hidden and encrypted by the people who send them via ByLock. About three million of the 17 million messages have been thrown out of these programs.

42 CREATING PASSWORD PASSWORD
Bylock ByLock users also have access to ByLock passwords. According to the findings of Branch Organize Crimes; The members of FETO have implemented ByLock by setting long and secure passwords for 42-digit passwords. It is stated that the used mobile phones are also encrypted and that their passwords are decrypted. In the context of the assessments; Despite all the precautions and measures taken by members of the FBI, it was stated that ByLock content continued to be resolved with messages.