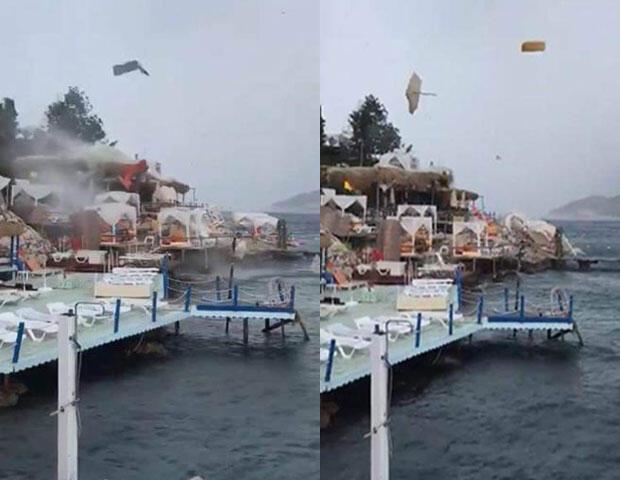 After the precipitation and wind warnings of the General Directorate of Meteorology, it increased the wind force in central and western parts of Antalya. Especially in the afternoon, the wind has formed a snake from the Kas district. 15:00 in the peninsula at the time of the snake, civilians and vacationers lived in fear. About 2 kilometers from the land of the snake, a sailing yacht was passed by a sailing yacht. The snake grew into the sea and then went to the coast and passed the beach business in İnceboğaz. Snake, citizens of the beach materials and sunbeds fly, while the mobile phone with the citizens of the snake in the panic began to escape.

Subsequently, the deflected tube was separated from the area by reducing its effect.

On the other hand, in Datça district of Muğla, about 5 minutes of snake was formed in the sea after the right wing.

The snake that was formed half a mile from the beach of Palamütbükü after the pouring rain day that started at 12:00 in Datça, caused excitement. In the meantime Nursen pulled Nurani through the region, watching the moments with his mobile phone. Images of Nurani shared on social media attracted great interest.