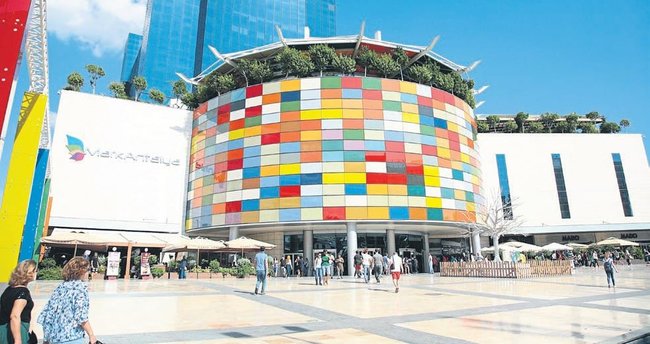 The Treasury and Finance Minister, Berat Albayrak, came to MarkAntalya AVM in Antalya for the first exchange rate decision to announce that they will terminate the lease and sale period in real estate with shopping centers in foreign currency. In MarkAntalya, one of the largest shopping centers in Antalya, The pioneer of Karaloğlu & # 39; nun explained that the dollar had stabilized.

DOLAR DRY 4.10 TL
The exchange rate was set for the operators who paid the Dollar rent in the MarkAntalya of the SDIF on the initiative of the governor of Antalya Karaloğlu in the city where the 11 AVMs with the national brand chain are located. According to the decision of the SDIF management, the rent of tenants is set at 4.10 TL.

Has to be determined
ATSO chairman Davut Çetin said that shopping centers and business owners should convert their lease contracts to TL at a fixed exchange rate. August 14 in that they want to install to stabilize the currency made lease agreement Cetin, "We require targeted measures to increase input costs 4.00- we confirmed 4:20. Dear Governor was a pioneer in a shopping center in this One time before it comes into effect and Turkey & # 39; The lease contracts have to be closed via TL & # 39 ;, he said. Çetin noted that the fixed exchange rate app of MarkAntalya is being worked by a number of other AVMs. .

RURAL SEVİNDİ
DECISION also liked the tenants in the shopping center. Kiracılak thanked the governor of Antalya, the government of Münir Karaloğlu and Markantalya. Markantalya, one of the largest shopping centers in Antalya, consists of 51,000 square meters of lettable area, 28 independent sections and more than 155 stores. The AVM, with a monthly rental income of 2.5 million dollars, includes a cinema, a sports hall, a modern children's entertainment center, 3,000 parking spaces, a large terrace and a restaurant.