Flash statement from the Ministry of the Interior! In a week … 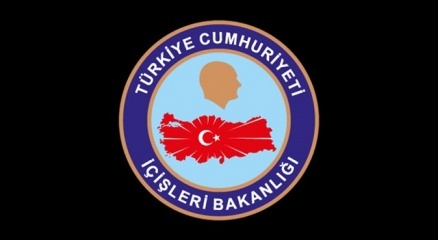 The Ministry of the Interior has issued a statement about the domestic security operations that took place between 13-20 August 2018. According to the Ministry's written statement, two thousand 331 operations were carried out in the air and land elements of the Turkish armed forces, within the framework of the Special Operations of the Gendarmerie (JÖH), Police Special Operations (PÖH), Gendarmerie Commando Unions and internal security operations. 552 terrorist acts (PKK / KCK 297, left 6, DEA28, FETO / PDY 221) that have been assisted / supported by terrorist organizations and are expected to be in contact with the organizations, a total of 4,308, including 3,608 drugs and human trafficking offenses, person was taken into custody.

In the list of terrorists who were searched in the list of terrorists on the list, 40 terrorists, including Ömer Duran, who is the so-called top manager, "Rezzan" and Pınar Yıldırım, who is "Jindar", were neutralized. Of these terrorists, 24 were dead, 5 were right / wounded, 11 were ineffective. As a result of these operations 8 shelters / shelters / caves, 1 in Hakkari, 2 in Kars, 1 in Siirt and 1 in Van were rendered unusable. A total of 30 weapons, 10 hand bombs and 2,280 ammunition were confiscated, of which 23 were heavy and long runs (1 machine gun, 3 M-16, 19 Kalashnikov / infantry rifle). 147 kilograms of explosives and 10 handmade explosives / mines were destroyed.

In two thousand 311 operations for the fight against drugs and human trafficking, 40 thousand kilos of cannabis, 273 kilos of heroin, 400 grams of cocaine, 23 kilograms of opium, 2.1 kilos of synthetic cannabinoids (Bonzai), 450 grams of methamphetamine, 2,000 synthetic pharmacies and 212 thousand of 66 cannabis cannabis plants were confiscated. 398 thousand 978 packages of illegal cigarettes, 68 thousand 212 liters of illegal fuel oil seized. 3 thousand 608 people were taken into custody during these operations.
375 suspects were taken into custody during the checks and operations carried out in places where street vendors, schools, parks and young people were concentrated. 48 kilos of cannabis, 4.6 kilos of heroin, 2.1 kilos of synthetic cannabinoids, 400 grams of cocaine, 400 grams of methamphetamine, 11,000 849 ectasys, 38,000 captograms, 58,000 synthetic ecza, 320 carrot cannabis and 26 pistols / rifles.

In the context of the fight against cybercrime, the propaganda of the terrorist organization, which praises these organizations, publicly declares that they are in contact with terrorist organizations, referring to the people for hatred, hatred and hostility, the elders of the state offensive, insulting the indivisible integrity of the state, account for social media. Legal steps were taken against the 328 identified individuals.
A total of 5 thousand 781 irregular migrants, 234 in the seas, were caught in a campaign of irregular migration. 222 organizers were arrested for mediating irregular migrants who enter and leave the country illegally.