Horror in the apartment in Antalya! The Russian woman followed and … 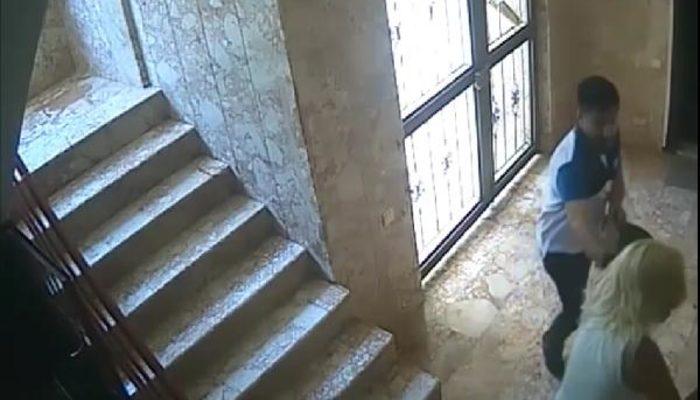 Event yesterday Muratpaşa District Şirinyalı Mahallesi 1533 on the street in an apartment at 2.15 pm came to the festival. According to the information obtained, Russian-born Ekterina Gürlersan (32) entered the apartment after shopping on the market to go to the circle.

The person who entered the building from behind Gürlersan squeezed pepper gas to the face of the woman who was about to open the door of the elevator, took the bag in his arm and the paper shopping bag in his hand and ran away. With the news from the neighbors, the Gasp Büro Amirligi teams of the Public Security Branch, who came on the scene, started working towards the conspiracy of the conspiracy.

The teams that searched the streets stopped a suspicious person and asked the identity. When the General Information Scan (GBT) was carried out, the police put the two cardboard boxes in the hand of H.G. checked, that the bag of the woman in the bag was owned by Ekterina Gürlersan.

"I HAVE HARD TO ACT OF HIS WIFE"

The passport, the mobile phone, some money and special goods from Gürlersan were delivered. Completed the statements in the Public Safety Department of Public Safety H.G. was referred to the judiciary.

On the other hand, the moment that H.G received the bags from the Russian Ekterina Gürlersan, reflected in the security camera of the apartment in seconds. It was seen that the images were followed by a woman on her way to the backstage where H. G entered the building without closing the door behind Ekterina Gürlersan. H.G., who squeezed the woman's face in the non-reflective section of the body, pulled the arm out of Ekertina Gürlersan's arm and the moment of escape was reflected in seconds seconds.