İzmir News – Minister Pakdemirli's statement did not comply with the fattening 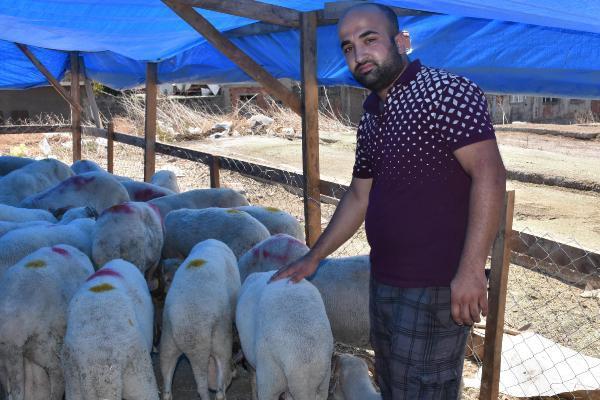 Mehmet CANDAN / İZMİR, (DHA) – In İZMİR, on the last day of the Feast of Sacrifice, there were bargain hunters in the markets for victims. Citizens had insisted on getting the sacrifices cheaper the last day. The Minister of Agriculture and Forestry, Bekir Pakdemirli, explained that if the Meat and Milk Association would declare that the meat and dairies would receive 15 pounds for the cattle and 14 pounds for the small cattle, the vendors who found this price low would did not like it.
Those who left the sacrifice until the last day of the feast did a bargain with the sellers on the offer. Citizens who think that prices will fall the previous day could not find their hope. There were tight bargains between the farmers and the citizens who wanted to forgo the costs of selling and returning the few victims in their possession. The sellers said they would bring their offerings to their homeland if they could not sell them.
If the Minister of Agriculture and Forestry, Bekir Pakdemirli, applied to the meat and milk institute for the remaining sacrifices, the vendors would not be satisfied if the living cattle weighing more than 400 kilos would declare that the kilograms would be reduced from 15 lira. and the miniscule lambs from the 14 lira. Besiciler proposed that the prices announced by Minister Pakdemirli be low.
& # 39; ALREADY BUYING & # 39;
Serdar Gulmez of the selling sellers stated that they would bring the animals back and said: "Thank God we have a few, we will end the village and we will bring it back to the village between the first day and the last day, the price is 400-500 TL. Ümit Yildirim, another salesman, stated that she could give her meat to the meat and milk institute and said: "I brought 220 sheep, I could sell 80. I'll give the rest the cut or I'll take it back. "
LAST DAY PREFERRED
Tolga Sengel, who left the sacrificial department until the fourth day and said that the prices were lower on the last day, bought a small cattle sacrifice. Şengel said: "The prices are higher on the first day and I wear this year for the first time." I said: "I am on the last day and it is around 1700. Bülent Geçit, who can not disagree with the seller on the victim's market, said:" I do not understand, I gave 750 TL and I resisted 825. I cut the victim and I would take it to do it. "