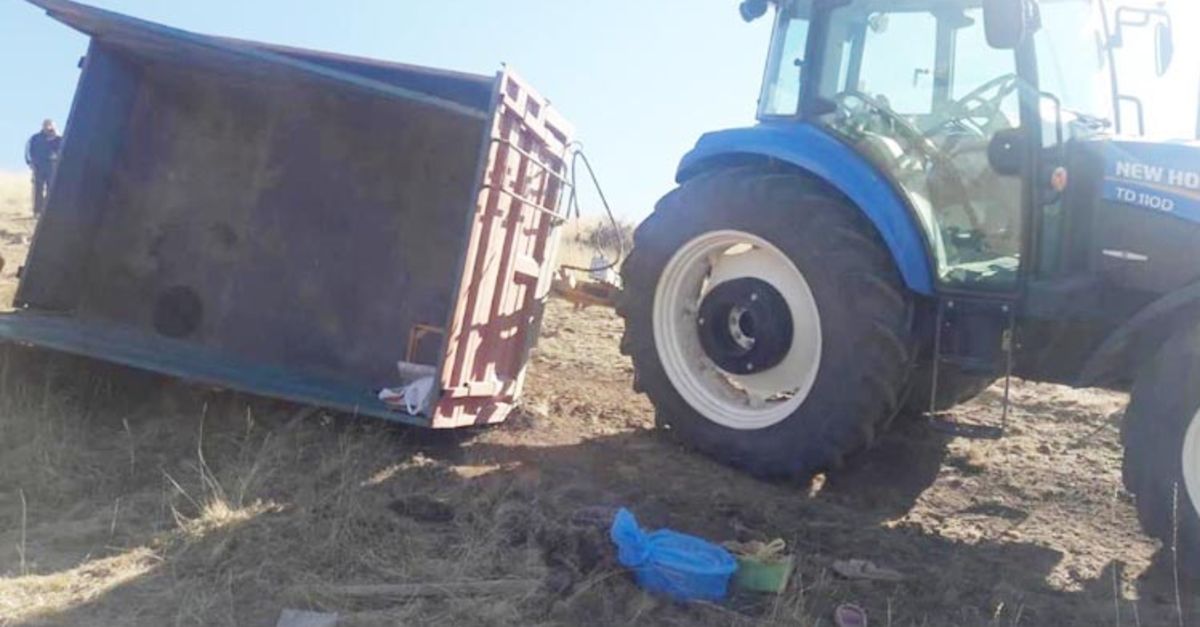 In Trabzon, the trailer of the trailer, where people went to the picnic, was overthrown and 20 people were injured in the accident.

The accident took place in the village Büyük Sarıkayalar, which is bound to the city in the evenings. 20 people lived in the village went to the Kurt Yayla region with 71 EA 235 sign trailer under the control of Ejder Ateş to picnic. In the rugged terrain the trailer of the tractor that came out of the ride yesterday was overthrown. 20 people were injured in the accident, including the driver and trailer.

After the accident, a large number of ambulances were sent to the location. Twenty wounded were removed with ambulances from hospitals in Kırıkkale. Two people were sent to Ankara by an ambulance helicopter. An accident investigation has started.