Last minute: First comment on the amnesty proposal of the MHP of the CHP: there is nothing concrete yet 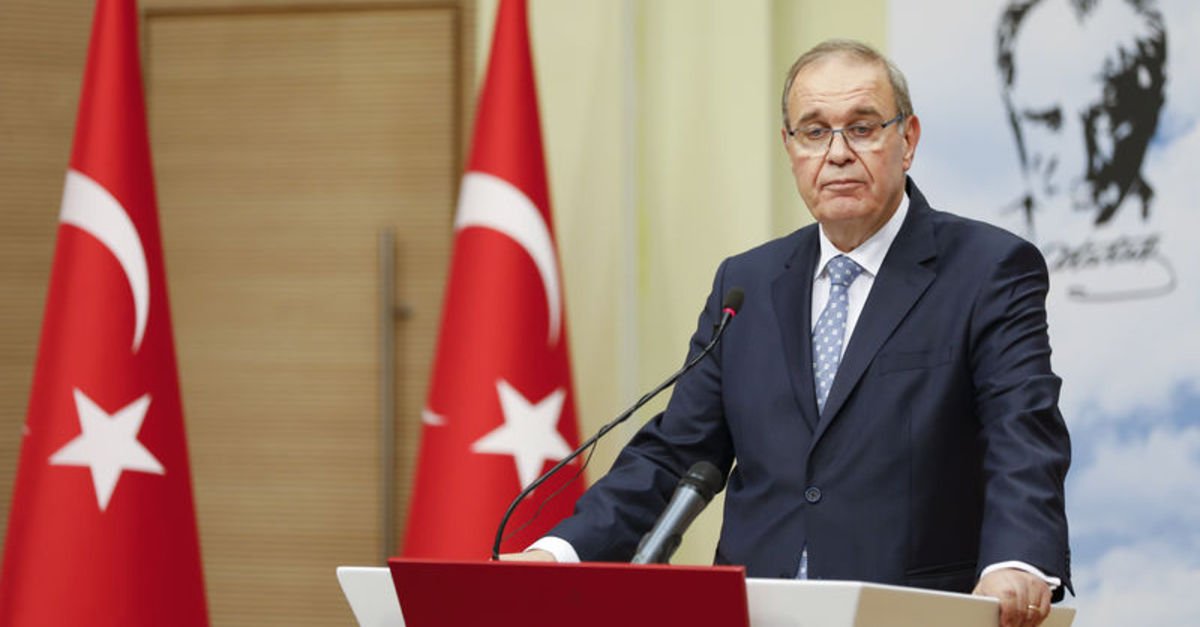 CHP Vice-chairman and party spokesman Faik Öztrak said: "At the moment we are following the restructuring in the state and there are elections for the local government We think local municipal elections are an important point where the one-man party state regime can be stopped. Not on the FMC agenda, "he said.

The CHP (Central Management Board) was convened at the headquarters of the party under the chairmanship of Chairman Kemal Kılıçdaroğlu.

Öztrak, who was busy explaining the meeting, began with a conversation with the journalist Baki Özilhan, who had died with the soldiers who had died in recent days.

He pointed out that the hearts of the martyrs seemed and Öztrak cursed the terrorist organization and terror.

Öztrak said that this week was the "Victory Week", that the Malazgirt victory was celebrated for the 947-year jubilee of the year, and that the Grand Offensive and Victory Victory of 30 August will be celebrated for the following days. 96th anniversary of the Ottoman Empire, Öztrak, led by Mustafa Kemal Ataturk, i tearing away from the nation, defeating the imperial troops, Anatolia and Thrace who makes overseas, reported that the great Republic of Turkey was founded.

According to Article 83 of the Constitution, CHP Istanbul, parliamentarian Enis Berberoğlu, had holidays as a "political prisoner", suggesting that the investigation and prosecution of the newly elected deputy would be based on the removal of Parliament's immunity again.

Recalling the decision of Mustafa Balbay in the period that the Constitutional Court was in custody, Öztrak argued that an elected member of parliament would remain in custody and the right to be elected and to disrupt the will of the electorate.

Öztrak argued that Berberoğlu's detention was an interference in the law of the legislature and the judiciary to decide on the immunity of its own member of the legislative assembly and said that the parliamentary president and the AKP group did not consider it a support unit of the palace had seen, The Supreme Court of Appeals takes a long time to decide that the decision of the Court of Appeals under the guardianship will increase more and more. & # 39; she said.

Fatih Sultan Mehmet & # 39; s "on the day you killed the law, the state will die." Oztrak said that the Assembly had come to the point where the murder of the court was obstructed and that the state was taken up.

"WHY YOU CAN NOT RETURN WHY YOU ARE LIVELY"

Oztrak, who explained that many emeklins went to the bank to get their wages before the holidays and did not list their wages early, Öztrak claimed that the first account of the crisis had been spent on pensions and that pensioners who could not give holiday allowance to their grandchildren did not have the chance to look forward to the festival.

AK Party President Recep Tayyip Erdogan, MHP President Devlet Bahceli and the Battle of Malazgirt on the anniversary of the decision to make the commemoration of Ahlat a President Öztrak, "1071 square meters, 5 acres, 10 acres, they discuss Beyler, if you have so much money, why did you laugh at the laughter of the pensioners before the party, if you want to save, from the palaces of thousands of square meters, you give up the palace government. "He said.

Oztrak also criticized police intervention at the 700th meeting of "Saturday mothers", arguing that it was not an intervention, that people were attacked without any discrimination.

Öztrak, who argues that the freedom to peacefully seek this is clearly blocked, says: "If the government sees any form of protest as" a terrorist organization's advocacy, "this would not be the end of this case. if it accuses the mothers of terrorist organizations who were wondering about the fate of their children. is looking for a terrorist organization supporters? & # 39; Öcalan, the status of the region is interpreted healthier, & # 39; & # 39; Ocalan, the Middle East opens the way to Turkey ", is not the PKK terrorist organization," Öcalan mean sea terrorists, meaning more "talk" or "Who is it?" "I commend the Minister of the Interior to look for those who say these things." He said.

Noting that the fire in the citizen's kitchen grew with each day that the fire broke the records, Öztrak said that the power that the SCT method used for the loss of value of the Turkish lira before the elections, the tax of 2 billion pound.

Provided that this will ruin the budget balances, Öztrak stated that the price increases began to reflect on the pump and the consumer. "At the beginning of the year, a 55 liter car has a minimum wage to fill the down payment 5 times, now only 4 bins can be filled." he said.

Öztrak stressed that this also reflects food prices: "The purchasing power of the citizens is deteriorating day by day and we see nothing that will benefit the citizens … Why is the basic price of hazelnut still unexplained? Basic price should be 18 lire this year But basic prices are expected to be announced as soon as possible, he said.

"DEBT REGION, I MUST BUY"

Oztrak stated that this duty should no longer be extended and that national law should increase every day and that the responsibility of the government should be placed with "Trump administration" and the errors followed by concepts such as "crushing, religion, flag, nation" he wanted to hide from these jobs by hiding. Öztrak continued as follows:

"Turkey is sunk in debt, prayer, religion, flag, do you think people? Then borrower is forced to take orders? Yesterday, our nation 4,5 pound along along the" What do we do? & # 39; Now that the dollar is 6 lira's, the rulers of the country like to say: "We keep the dollar" … What are you holding … Sayın Bahçeli's green light for it freaky one-man regime Turkish lira has lost 94 percent of its value to the dollar since October 2016. Only 24 points have taken place since the last crisis in Brunson.4 The Brunson crisis is a trigger, but he is not the only one responsible is for what the country is now, and the unjust, unlawful and unacceptable unilateral sanctions of Trump can not even account for a third of the free fall of the Turkish lira. "

"THINGS ARE NOT PERMANENT"

Oztrak said that the measures taken so far are not permanent and that the banking system will be seriously worried for a long period of time.

Oztrak, who suggests that the approach to loan restructuring is also arbitrary, will not be reliable if you give the impression that the burden is on the backs of the people, and that some people in such crises so relentlessly benefit from it. He said.

It should be noted that calling the Grand National Assembly to the meeting will play an important role in breaking this sense of insecurity, Öztrak said:

"Start by practicing an economic program that will stop this deception, structurally strengthen our economy and prevent Trump and the like from daring to push us into their own political ambitions."

Öztrak answered the questions from the press after his explanation. "The proposal of the MHP for amnesty" asked Öztrak, "There is still nothing concrete, especially to do this, the ruling party must explain its views on this." Amnesty is extremely sensitive issues. I would like to see them all, and I believe that it will be true to talk about it after we have seen the government's attitude towards this package. "gave the answer.

"The road map for local elections" for question ÖZTRAK "There are municipalities thousand 398 units in Turkey." Thousands of vaziyetteyiz closely watch the whole 398. We have only one goal have been taken, to find the best, remove most mayors with the best For this Our vice president does the necessary research. "he said.

Öztrak, "Is there an alliance with HDP in local elections?" he was not on the agenda of these issues.

"Premier Recep Tayyip Erdogan, the United Kingdom Prime Minister Theresa of Finance Ministers of both countries come in negotiations with Mayer" ÖZTRAK question for the decision ", Trump is only a problem for the whole world, not to Turkey Unfortunately Trump this scrappy, one-sided, impulsive style causes serious dangers in terms of world trade, and I think these collaborations are important in this context, "he said.

Recalling that Interior Minister Suleiman Soylu evaluates "Saturday mothers", Öztrak said it was the task of the state to find out who these people were killed, and that accusations would be wrong with helping the terrorist organization .

"As part of the CHP controversy, there is now a group called the 9 September movement, what evaluation do we have about that?" Öztrak said: "At the moment we have to follow the restructuring in the state in our agenda and there are local government elections, we think that the local government elections are an important point where the one-man party state regime can be stopped and the conference discussions within our party not on the FMC agenda, gave the answer.

Özkrak, Turkey experienced that they had a crisis agency to follow the economic crisis also recalled that tomorrow they will gather the crisis bureau collection, he said they would report to the Council Party.