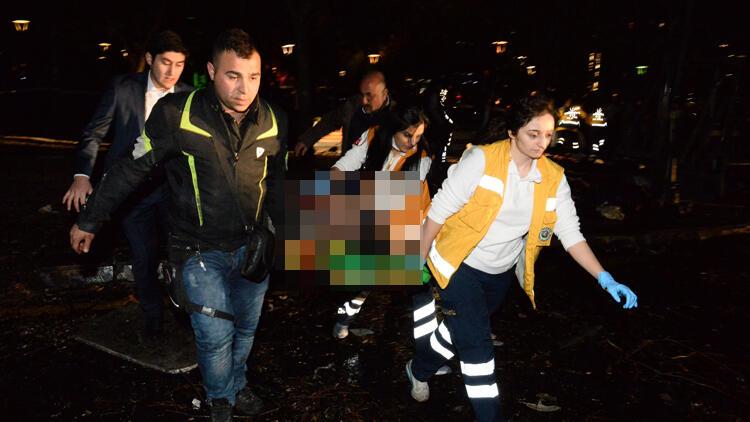 Ankara Merasim Sokak & # 39; ta 29 people died in the case of a bombed terrorist attack that resulted in the death of 6 times 30 times the aggravated life and a prison sentence of one thousand and 185 years was given.

Ankara Merasim Sokak & # 39; ta February 17, 2016 and 29 people lost their lives, resulting in the terrorist attack on the PKK, the so-called senior executives, among which the 68 cases were judged in the verdict. In the fourteenth heavy court of Ankara, the defendants were arrested and detained in the examination room on the Sincan Prison Campus and the lawyers of the parties were present. The last words of the defendants were raised in the present case. The defendants, who claim to be guilty, demanded acquittal.

Later, the court's delegation declared that the defendants Kudbettin Onur, Ahmet Karaman, Muharrem Canikli, Hayrettin Tomak, Hüseyin Karadaş and Metin Aslan were convicted on charges of "disrupting the unity of the state and the integrity of the country" He concluded to punish him with life imprisonment for a total of 30 times. The court also sentenced the suspects to a prison sentence of 1,000 years on charges of "deliberate attempted murder" of 75 people and "possession and transfer of explosives".

The delegation judged that the suspects, Bahri Deniz and Metin Onur, would be sentenced to 9 years in prison for "membership of an armed terrorist organization". While suspects were sentenced to 6 years in prison and 12,000 TL fines accused of "fraud" to suspects Mustafa Bulut, Turgut Kahraman, Hüseyin Gökduman, Murat Karaca, İsmail İpar, Metin Cura and Hasan Avsan, the accused were beaten on Serdar Bulut and Uğur Yüce he was acquitted of the crimes. The court decided on the rejection of the case against Oğuz because of the punishment of an accused in Istanbul on the basis of "the membership of the armed terrorist organization" of Sinem Oguz of suspects of the case. On the other hand, it was decided not to see the file of the fugitive suspicions in the so-called senior executives of the terrorist organization PKK.

WHAT HAPPENED THE LAST 24 HOURS?