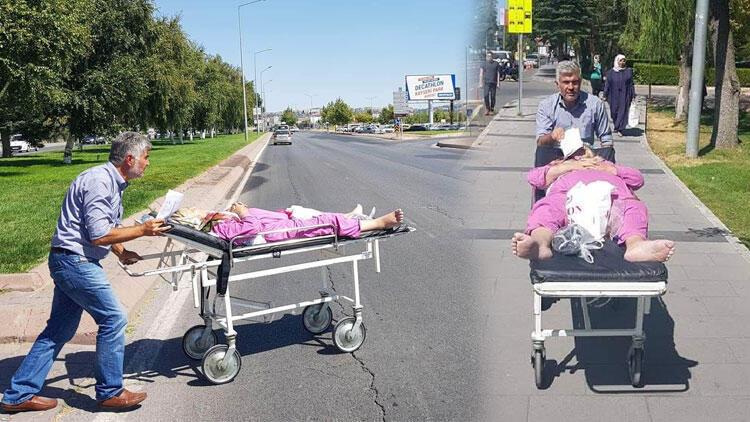 After the treatment of the Gevher Nesibe hospital of the Eraciyes University (ERU) medical faculty at the breast diseases section, Naciye Törk, who was discharged on Friday, August 17 and allegedly taken to the cardiology department, Naciye Törk said that the procedure & # 39; inpatient & # 39; could not be performed on the same day. Then family members suggested that ambulance requests were also rejected to take Törk to Develi and leave the hospital with a stretcher and try to take it from the street to the parking lot and then to the city. Those who saw the patient on the street in Talas Boulevard were greatly surprised. Naciye Törk was re-admitted to the Cardiology department when hospital management came into effect. Management blamed the family of patients for making shows. Provincial direction Health of the incident has also started an investigation.

TERK, who was treated at the ERU-cardiology department and was kept in intensive care, was in good health yesterday morning at 06.30 hours. Törk was not saved despite all the intervention of the doctors.

Vedat Törk, the son of Naciye Törk, said: "My mother lived for 5 days in the intensive care department in the department of Cardiology and the painful news came yesterday morning when my mother called the doctor and said that we had lost it.We made a funeral prayer after the lunch prayer in the mosque We had our mother in the Çomaklı neighborhood for our last trip, and if you are willing to support everyone, make paradise on the spot. "