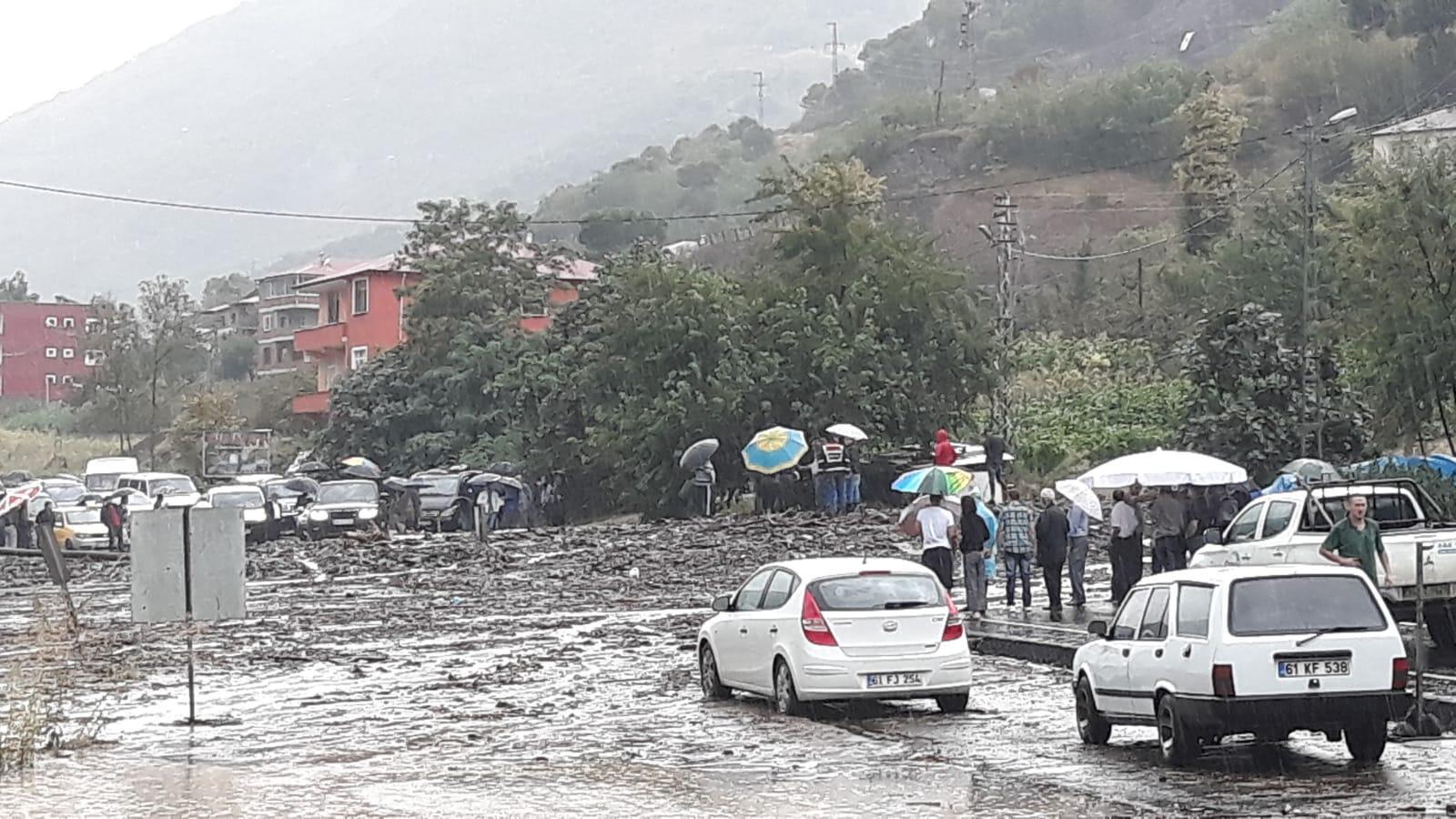 Due to heavy rainfall that is effective in the city center and the districts, the landslide came to the Alsancak site of the Akçaabat-Düzköy highway.

From the slopes the road travels the earth remains and rock fragments, so that the road is closed for bidirectional access. The motorways, municipalities and related organizations started to work for the opening of the roads.

Due to the rainfall in the city, access to some buildings and the ground floor is also flooded.

Initiatives are under way to start the evacuation of the waters filled with the buildings.

According to the estimates of the General Directorate of Meteorology, it is expected that the current downpour and thunderstorms of the East Black Sea will be strong (35-65 kilograms / square meter) in the coastal areas of Rize and Artvin until the evening hours of the eastern provinces from Trabzon.

There has been caution to be cautious and careful against sudden floods, flooding, landslides, lightning and full of risk and strong wind during rainfall.
It is claimed that there may be some problems with transport.