Message from Malazgirt victory of Avşar with MHP 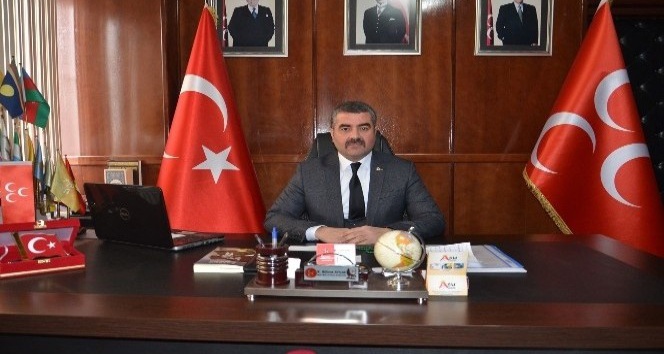 MHP Malatya Provincial President Ramadan Bülent Avşar issued a news message on the occasion of the 947 anniversary of Malazgirt Victory.

MHP Malatya Provincial President Ramadan Bülent Avşar issued a news message on the occasion of the 947 anniversary of Malazgirt Victory.

President Absal said in his message that on August 26, 1071, the holy nation came together under the command of Sultan Alparslan and said: "This great nation, standing before the Byzantine army, which is strong in number and armament of the Turkish army, has a legendary signed and defeated by the Byzantine army in an unexpected, intermittent.This epic, written by Sultan Alparslan along with the army, opened the gates of Anatolia for us never to close, and these blessed countries became our eternal ancestral home.This blessed victory is also a turning point in the Islamization of Anatolia.Our ancestor, who led the history of the world with the victory he won, today carries the same spirit and also shows it. "

Avshar continued his message as follows:

"The clearest picture of the resistance and solidarity shown by the Great Majesty on July 15 is that the Malazgirt soul is still standing and living and is the clearest proof.Yesterday, in one way or another, we have the same thing today. faith and love for motherland, we will leave the best of our ancestors to us by miracles and will not bring them to our country In this respect, We celebrate Sultan Alparslan, the great commander who wrote the epic of 947 years ago and who Anatolia gave to us, thanks and gratitude to our blessed army and holy martyrs, August 26th Malazgirt I congratulate our victory with my most heart-warming feelings.