Midnight operation! AK party army Mayor Enver Yilmaz claimed that he had been removed from the post 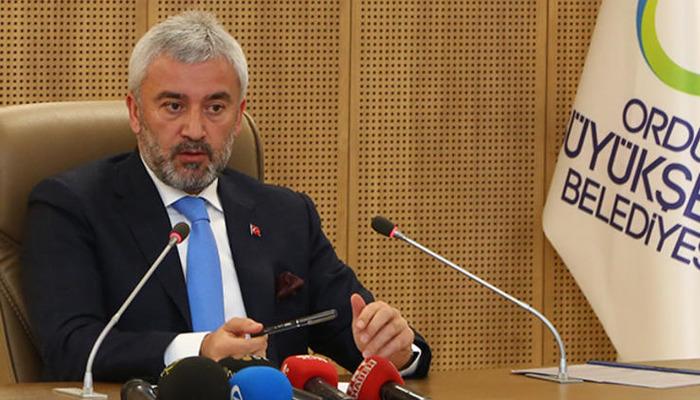 It was argued that Ordu Metropolitan Mayor Enver Yilmaz, who came on the agenda with the protocol fight, was taken out of service by the headquarters of the AK party. There is no official statement about the removal of Yilmaz from the post. Yilmaz, "evening on Twitter through the AK party, defendant Vice-President Numan Kurtulmuş" you very harsh words.

These are the criticisms of Numan Kurtulmuş from Enver Yilmaz:

"MOST CONFIDENTIAL AND SORROW OWN OUTPUT"

"Someone has forgotten their words, but we have not forgotten, we will not forget! We are not pharaoh, we are not confused, we have not fallen in Cybere … Our language does not say Muaviye …

8 years ago the word of a person who shook a finger at our party and said "Wear your lady" without hesitation …
I mean, "I should not be what I am, what should I do!" pic.twitter.com/ih5sxdrhrn 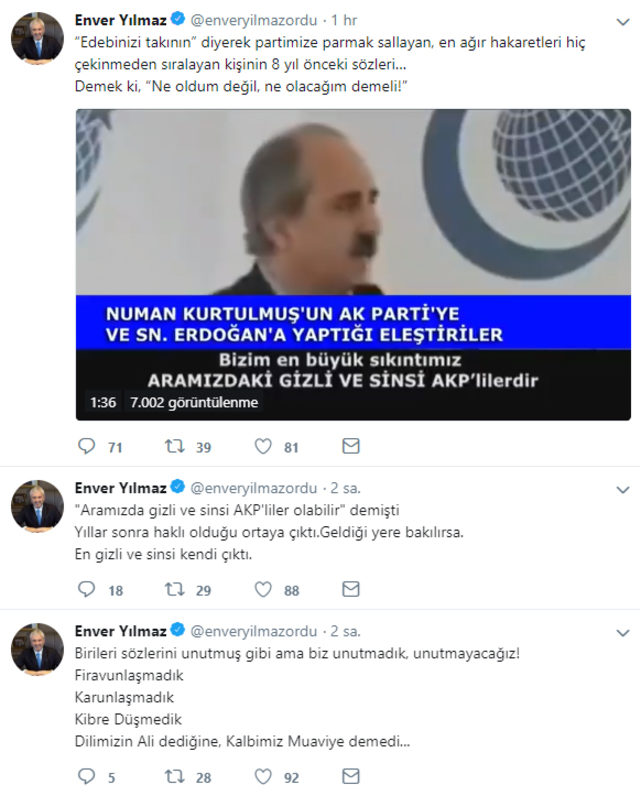 Ordu Metropolitan Mayor AK Party Enver Yilmaz was in Ankara and AK Party Headquarters in the negotiations were realized. Yilmaz is expected to make a statement after his return from Ankara.

Ordu, July 23, 2017 Aybastı Thursday Plateau Festival in the army Police commander Suat Celik and Enver Yilmaz fighting between the protest came out. At that time, Numan Kurtulmuş, Minister of Culture and Tourism and Ordu representative, had left the festival by remaining on the battlefield. Numan Kurtulmuş and Enver Yilmaz would have been hateful because of this incident. Chief of police Suat Celik has also voluntarily moved to the police department of the army and has been appointed to the Security Directorate of the Security Department of the security sector.