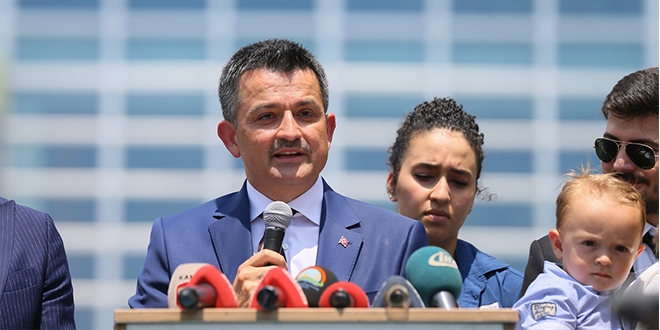 Bekir Pakdemirli, Minister of Agriculture and Forestry, informed the citizens of the Feast of Sacrifice and informed them that they are being fined for administrative punishment for those who persecute animals without following the provisions of the relevant communiqué.

Pakdemirli, in a written declaration, Turkey feasted in difficult times in which the unit and said it is important in terms of the consolidation of the unity of all citizens and said that he sincerely celebrate Eid of the Muslim world.

Pakdemirli underscores that animals such as being caught in improper forms, cutting under inappropriate conditions will cause animals to suffer, said:

With the approach of Eid al Land and Forestry Ministry, Ministry of Internal Affairs, Ministry of Health, Environment and Town and Country Planning, Ministry of Religious Affairs and Religious Foundation of Turkey Victims of ministers consists of representatives Services Communiqué on the implementation of the prepared 2018 Victim aid issued by the Council on 14 August that Pakdemirli reminded them that the necessary measures have been taken not to be prosecuted, especially by animals.