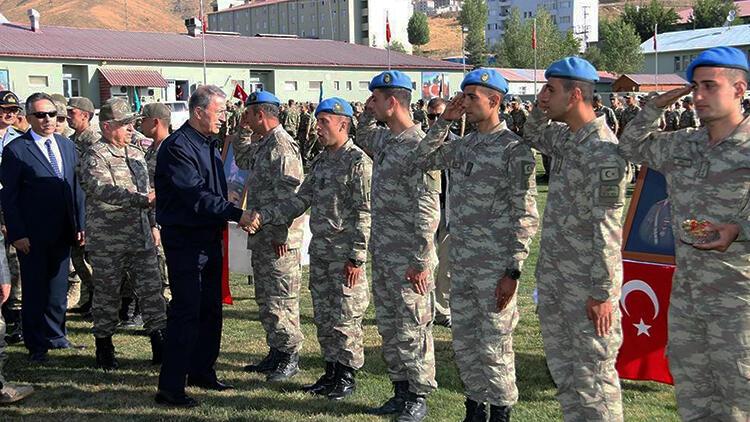 Akar, who visited the Communist Aktütün Police Station of Şemdinli 6th Border Battalion with the governor Toprak and accompanying forces, spent the night in Actba. After the 6th Border Battalion ordered the staff of the Aktek police station, the Kurban Bayramı prayer was celebrated. Later General Maj. Gen. Yasar Guler, the commander of the troops and governor Soil and the military helicopters, the 3rd Infantry Division Commander in Yüksekova, Akar, Minister Akar, Mehmetçikle came together for breakfast. Congratulations to the security services for his successful activities on the border line in his speech, Akar stressed that the executed heroism is at the discretion of the presented sacrifices.

Akar said that the terrorist struggle of the Turkish forces continues. "We will come to this fear from above and hope that our people will live in comfort and peace, win, eat bread and live, and our job is to provide this security environment," he said.
After a visit to Yüksekova, Minister Akar and Armed Forces left the province.