Passenger van is turned over in Bandirma! 10 wounded 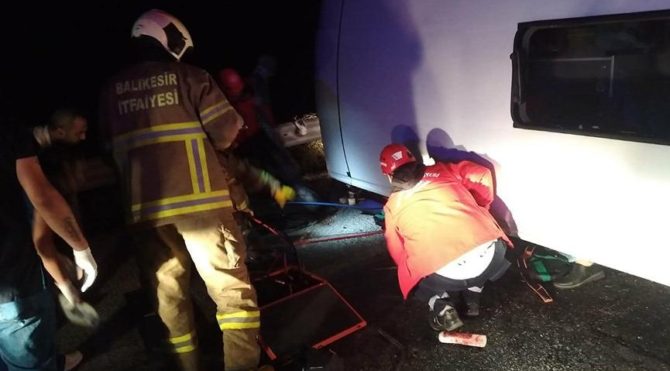 10 people were injured in the accident in which the passenger minibus was taken over by Balıkesir in the city of Bandirma.

Accident, 01.30 at the time in the district Bandırma Karşıyaka has been fulfilled. Selahattin Güder (65) 10 E 9684 passenger minibus with license plates, out of control because of the slippery material that had been poured on the road, was overthrown. In the accident, 10 people were injured in the minibus.