Şanlıurfa News – Fire on the timber market in Şanlıurfa (2) 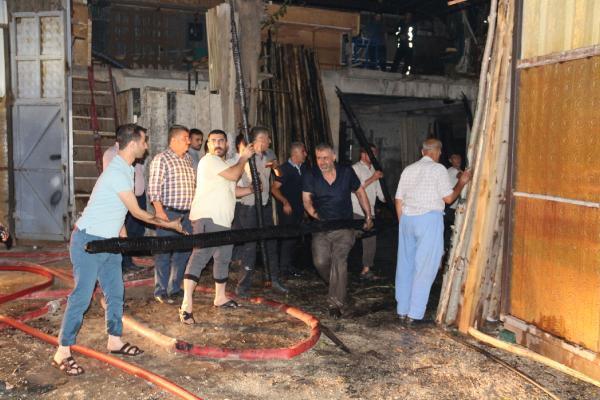 Şanlıurfa & da; Sancaktar Neighborhood Fire in the forest, the intense effort of the firefighter, the police TOMA vehicle support and environmental workers to help with the work was under control. During the cooling at 6 workplaces returning to Küle, health officials intervened in 12 people affected by the fire during the fire intervention. It was learned that the health status of people who have replenished oxygen is good.
Hanifi Polat, the manager of the fire brigade brigade of the Metropolitan Municipality, said that the fire was under control and that the cooling work continued. "We wanted to strengthen the surrounding provinces and we intervened with about 40 employees, even inviting those who were allowed to come in. They made our work a bit difficult because the firefighters intervened on their own initiative. prevent the fire from jumping to the filling station on the edge, thus preventing the danger, "he said.
photo & # 39; s