Six days of accidentally heavy popping! The number of deaths and injuries is increasing 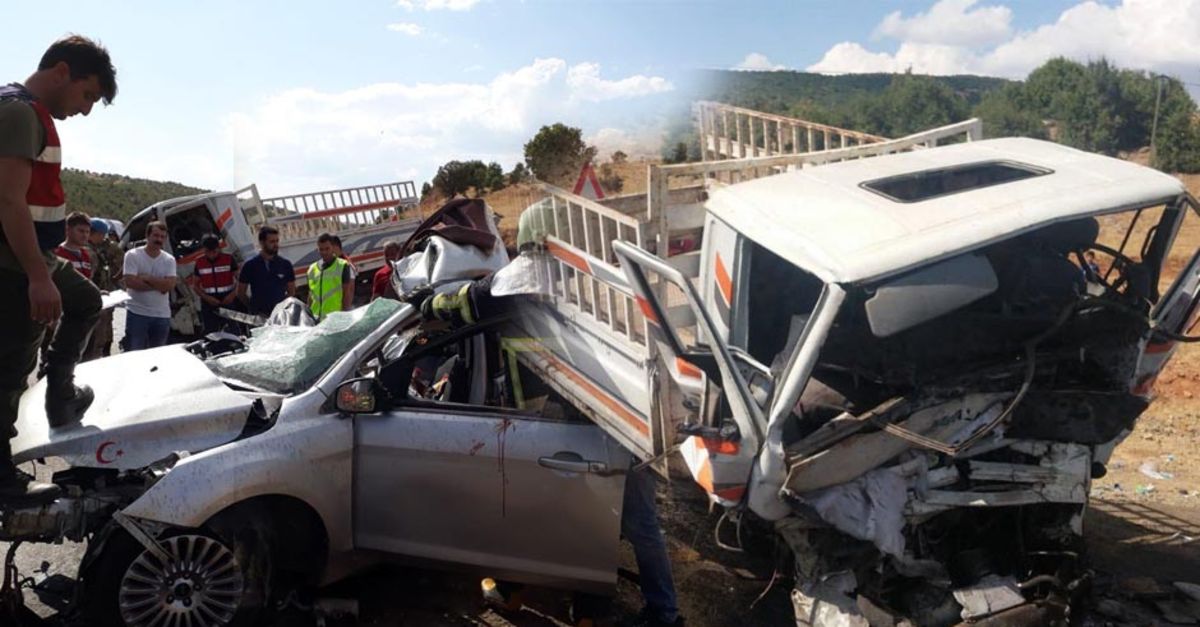 Citizens who have the opportunity to party at the Feast of Sacrifice fell on their way to their country and holiday destinations after the end of the working day last Friday.

When there was a lot of traffic, the news came from accidents across the country, despite the precautionary measures taken and the warning.

During the holiday of Kurban Bayram, which was declared 9 days by the decision of the Council of Ministers, despite the precautionary measures taken and all warnings, the balance was again heavy.

From the end of the work on Friday 17 August, the third day of the festival, 23 August, Thursday 22.00 hours, there were 131 accidents throughout the country. A total of 97 people were killed and 496 people were injured in these incidents.

5 people were killed and 27 people were injured in 5 different seasons in Manisa, 2, Ordu, Bursa and Düzce.

On the first day of the holiday, Saturday 18 August, there were 21 accidents. 17 people were killed in the accidents that took place in Malatya, Çorum and Antalya, Niğde, Balıkesir, Manisa, Aydın, Izmir, Adıyaman, Hatay, Bursa, Kütahya, Ordu, Hakkari, Afyonkarahisar, Bolu, Sanliurfa and Çankırı. The person was also injured.

A total of 21 accidents occurred on 20 August Monday in Corum, Bursa, Manisa and Sakarya, Uşak, Kocaeli and Zonguldak, Istanbul, Antalya, Edirne, Karaman, Burdur, Sanliurfa and Gümüşhane. 8 people were killed and 60 people were injured.

There were 12 accidents in Uşak, Kocaeli, Adana, Çorum, Gümüşhane, Tunceli, Antalya and Ankara on the first day of the Feast of Sacrifice on 21 August and two in Istanbul and Sakarya. Six people were killed and 35 people were injured in these accidents.