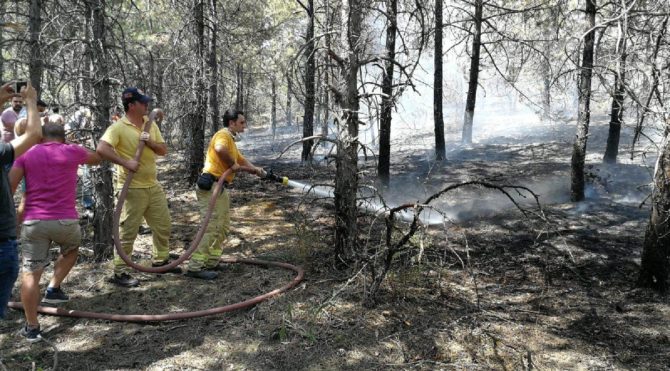 The fire in the forest of the Middle East Technical University (ODTÜ) in Ahlatlıbel The Atatürk Park in Ankara was extinguished by the intense efforts of the citizens and the intervention of firefighters. While 10 hectares of ash lay in the fire, one person who intervened in the flames was influenced by 9 people from firefighters.

Fire broke out in METU forests in the Ahlatlıbel Atatürk Park in Çankaya province for a reason that had not yet been set at 12 o'clock. Citizens in the park to picnic and see the rising smoke from the forest informed the state of iftayiye teams.

INTERACTIONS OF THE VEHICLE WITH FIRE TUBES

Meanwhile, a group of about 30 people seized the fire until the fire brigade arrived. Citizens who intervened in the fires with fire tubes, spades and tree branches in their vehicles extinguished most of the fire. Later the forest fire fighting incident came into the fire. The fire continues to cool down while the fire brigade is extinguished by mixing for about 1 hour.

It says that about 10 hectares of ash is in the fire. In the meantime 9 people who were involved in the flames were struck by the fire brigade's staff. An ambulance was intervened in the area affected by smoke.

Vahdettin Şahin declared that he was coming to the area for a picnic: "The fire started in the morning hours, we took fire tubes from the vehicles and 50-60 people intervened, we tried to drive as much as possible, and everyone started to intervene," said he.

Demirhan Aru said: "After seeing the smoke they helped." Initially 15-20 people intervened, but the fire was so big with the effect of the wind. Then the car's with the fire pipes. Most people became afraid that the fire started. 30 people who intervened here, 50 people. We have largely ignored the majority. But the other party took two hours to intervene. They arrived too late. We have few places to breathe in Ankara. The authorities should seek a solution. We are very sad. We filled our eyes. This is the first time I've experienced something like that, "he said. 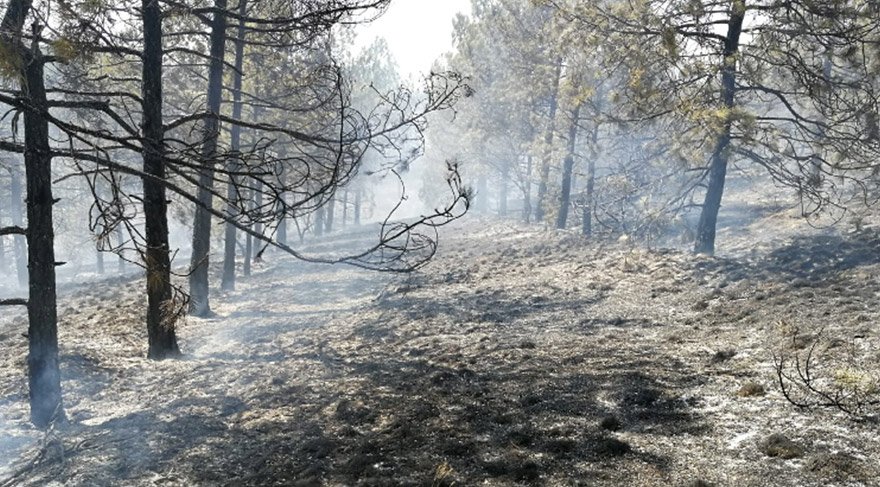 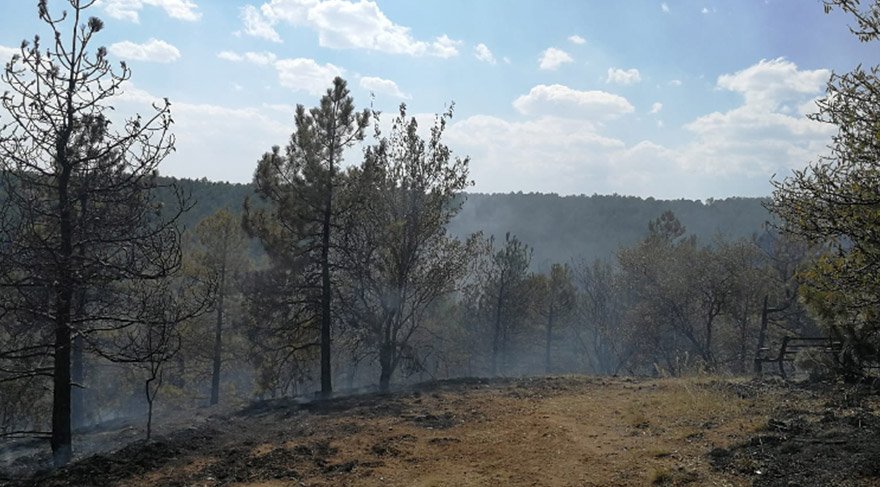