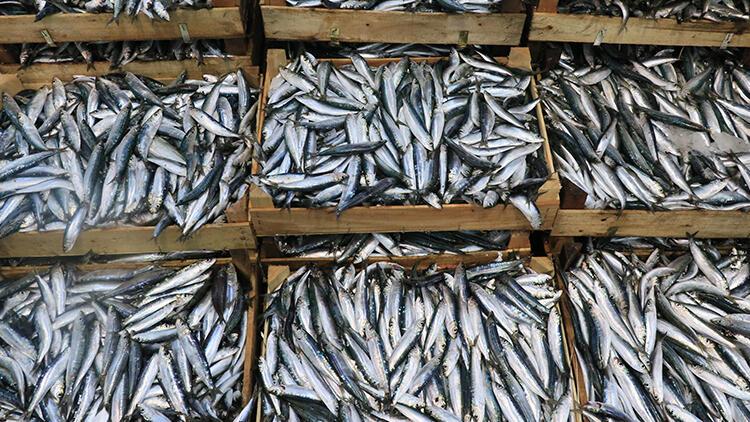 From 1 September, the Black Sea, Marmara and all boats in the Aegean Sea, while fishing in the Mediterranean Sea seiners, from 15 September was completely banned in Turkey. With the lifting of the ban, fish boxes began to fill. With the filling of the counter in recent months, the prices of hand-burning fish have dropped by half and citizens have become popular with the fish.

Adnan Polat, vice-president of the Mersin fishermen's association, told the UAV correspondent about the new fishing season and prices, recalled that the fishing season was closed on 15 April and that from 1 September Marmara, the Aegean Sea and the Black Sea completely forbidden.

Ring blessings can be hunted in the Mediterranean. We started fishing on 15 September. This is because the weather is hot and the humidity is high. Our big boats, however, began to hunt. Now all our boats are starting to come out. Although 2 days, our fish is abundant. All kinds of fish are currently on our machines. It comes with all kinds of fish such as red beans, silver, sea bream, sea bass, mullet, horse mackerel, whiting, bonito, anchovies, squid, prawns. So all sorts of fish started to come into the sea. In the coming days, more abundance will increase, "he said.

"Prices fell by half
Polat emphasized that the Mediterranean has a good position in terms of fish diversity: "Our fish are beautiful now, our citizens have to evaluate the months of September, October and November very well." Because these months are the first months of the season, the prices very handy in these months liraya goes to the barbun between 20 and 25. Palamut 15 pounds, anchovies 10 pounds, sardines 8-10 pounds in between.

Chupra sea bass was 35-40 liraydı currently 20-25 pounds. Prices have a discount of 50 percent, up to 100 percent. Fish is health, vitamin. Perhaps the only food we still have in the world is fish. Rich in omega 3 and 6, rich in phosphorus. We call the fish from the cradle to the grave. Even if you eat 3 meals a day, this does not hurt. Our people can hold shares in these months, have them evaluated. They can freeze and eat the fish in the following days and months. It is enough to keep the fish frozen, "he said.

"Our 106 catch and tugs have opened the new season"
Mersin Province Agricultural and forestry manager Arif Abalı has made a written statement about the new fishing season, Mersin is a city with a coastline of 321 kilometers, he said. As of September 15 that the ban on hunting in the Mediterranean Abali, "our province 106 seine and trawler trout boats opened in the new hunting season with our seas and trawl trout boats in the sea with the beginning of the intensive sardine, barbuna , salmon, shrimp, tabby economic value as high fish species are hunted, our people eat a lot of cheap fish.

The caught fish is consumed on the domestic market and exported to many countries. Our region has a rich population of fish species. This offers a high added value for our region. In order to guarantee the sustainability of the hunt for fisheries, a number of audits are carried out as ministry and directorate, and inspections will be continued in the sea, inland waterways, supply, sales areas, road routes, cold stores and processing facilities. In order to ensure the sustainability of the hunt for fishery products, a balance between protection and use must also be guaranteed.

As our president said, "I wish you all the days, weeks, and months in the sea to fill your days with desires to get out. Both revenues are enough and our citizens will offer fish at affordable prices. & # 39; Mersin Provincial Management of Agriculture and Forest as a happy and fertile hunting season for all our fishermen in the new season, "he said.