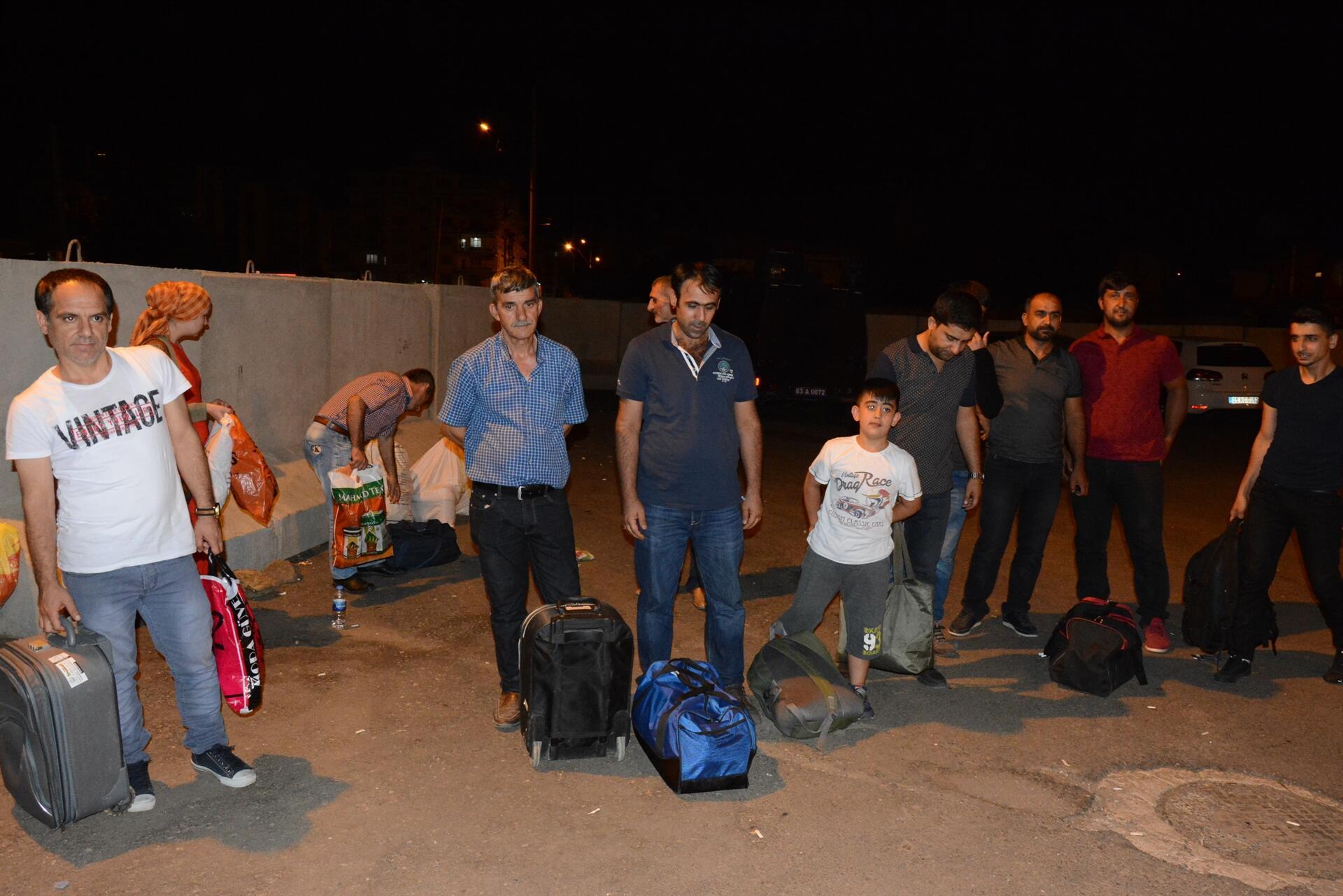 The event took place at 23:00 in the Siverek district of Şanlıurfa.

According to the information received about 40 passengers on their way from Diyarbakir to Istanbul by a bus from a passenger company reacted to the old and frequent disruptions of the buses on the road. Siverek entrance at the entrance of the bus again, some of the trips on the safety of life safety is at risk and this bus can not be made to Istanbul by saying that the driver and the company responded. The officers of the company stated that they would travel to Istanbul with this vehicle, 20 passengers took the bus and claimed that their safety was in danger. They left the bus 20 at the entrance to the Siverek district at the police station.

"NO AIR CONDITIONING, NO WATER, nothing at all"

Twenty passengers, including women and children, who had left the goods at midnight, remained in the police officers at the police station at the entrance to the district.

Ahmet Çatak, who said that they had reserved tickets for Istanbul before the holidays, said: "We have reserved our tickets for today from a bus company like Istanbul from Istanbul to Diyarbakır." We specifically asked the company, would you send us an extra car or is it a normal passenger car? the owner gave us a clear answer and told us that there are no extra cars, that all buses that work are normal and that we are currently in the car. We arrived in Diyarbakır-Siverek in 3 hours and there was only one driver and the driver himself told us that I would not take my children with this car.

"Get them out of DIYARBAKIR and leave them at the entrance"

Çatak, who claims that they have seen the company with the authority of the company and that the authorities have not helped them, said: "We see the company officially and the man says he is going to Istanbul.

"20 passengers are the victims of this company, we felt like a refugee in our country, so we brought us from Diyarbakir and left us at the entrance of Siverek, as if they were in the film", said the victim,

"THOUSANDS OF BINDERS, THERE IS THREE STAYS"

According to the statement of the victims in St. Akgün: "We arrived at the bus station at 19.30 and the company gave us a new car, sent us from Diyarbakir to Istanbul, but the last time they made us a surprise. that we would take us to Istanbul and the car got in and out of trouble After 30-40 minutes we arrived in 3 and a half hours The authorities said they would improve if the bus goes, but we can go that far go as Siverek There is no air conditioning, When the bus arrived here, everyone decided that it was not possible to continue with this bus, we demanded a different bus than the men, the company authorities told us the word they used, the car fleet, there is no car, no ride, no driving, they say the words like there, at the end they made the boys say and left us at 11pm & # 39; night and left, "he said.