They climbed in front of Van Lake! They found the British plane … 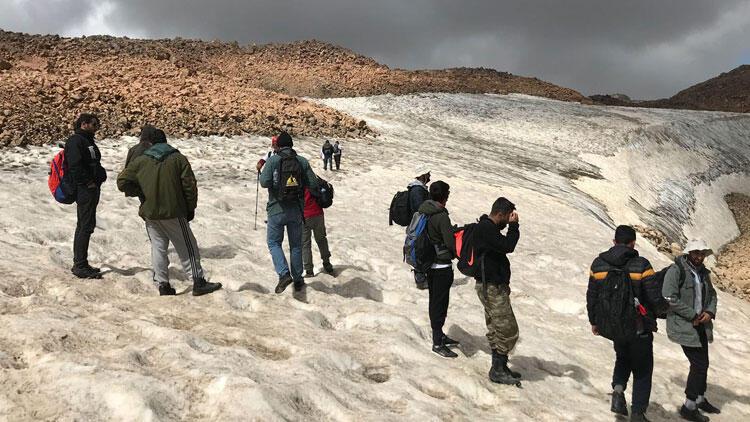 Members of the lake's activist group, which has been carrying out various activities for many years to draw attention to the beauty of Van Lake and the Van Lake Protection Law, organized the climbing event for the fourth time on Mount Süphan. All 23-strong team of volunteers, 4000 58 meters, reached Turkey's third-highest mountain in the height of the summit of Mount Suphan. The activists, besides the Turkish flag at the top, have no other Van Lake. Van Lake is written blue and clean & # 39; written banner.

Activists who climbed the peak to Mount Süphan covered the snow-capped summit and the engine and parts of the British plane fell on April 23, 1959. The members of the association took the parts of the plane with their mobile phone camera.

Although there were no survivors on the plane with 14 crew members, the crews arrived in the region after a hard search days later.

The Euro-capped Euro Super-Trader IV type four-engine G-AGRH registered Euro-Bahrain went to Bahrain in Mount Sulphan on 23 April 1959 in the Adilcevaz district of Bitlis. After refueling in Ankara, various claims were made about the cargo that was transported by the aircraft and that could not be heard. The plane wreck was reached days later because of the weather conditions. There were no crew survivors in the crew of 14 people on board.