We must fight against supply companies – Milli Gazete 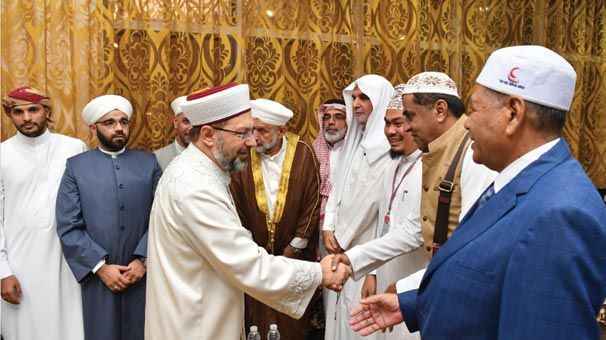 Erbas, who gave the opening speech of the program that began with the recitation of the Qur'an, focused on the global terrorist projects that terrorized on behalf of Islam. Erbaş, said: "Islamophobia and terrorism have to fight in the name of Islamic terrorist organizations produced by global projects and today, under the siege of huge crises of social, cultural, political and economic borders, our world is one of the most difficult periods We know that the solution of all problems and crises that are experienced is only possible if the principles of Islam are reconciled with the humanity of the principles of law, law, grace and grace, but the world of Islam, which these to introduce values ​​into the world that humanity needs, also goes through difficult and difficult processes. "

"ISLAM IS AS AN IDEOLOGY THAT CONDUCTS TERROR"

Emphasizing that those who try to show Islam as an ideology that feeds violence and terror, Erbaş emphasized that: "on the one hand, as a project of Islamic hostility, Islamophobia, which tries to show dirty interests and racism behind Islam and Islam. show as an ideology that feeds violence and terror, we have to fight against the industry On the other hand, there are subcontractors terrorist organizations that use the most sacred values ​​and concepts of our faith, terrorize in the name of Islam, devastating Muslim countries, destabilize peace and well-being, Islam and the wars of power and power that are the worst of our unity and togetherness, we have to fight against it. "