Breaking news … Warning against flooding in Diyarbakir: the dam's dam is broken …

turkey December 13, 2018 turkey Comments Off on Breaking news … Warning against flooding in Diyarbakir: the dam's dam is broken … 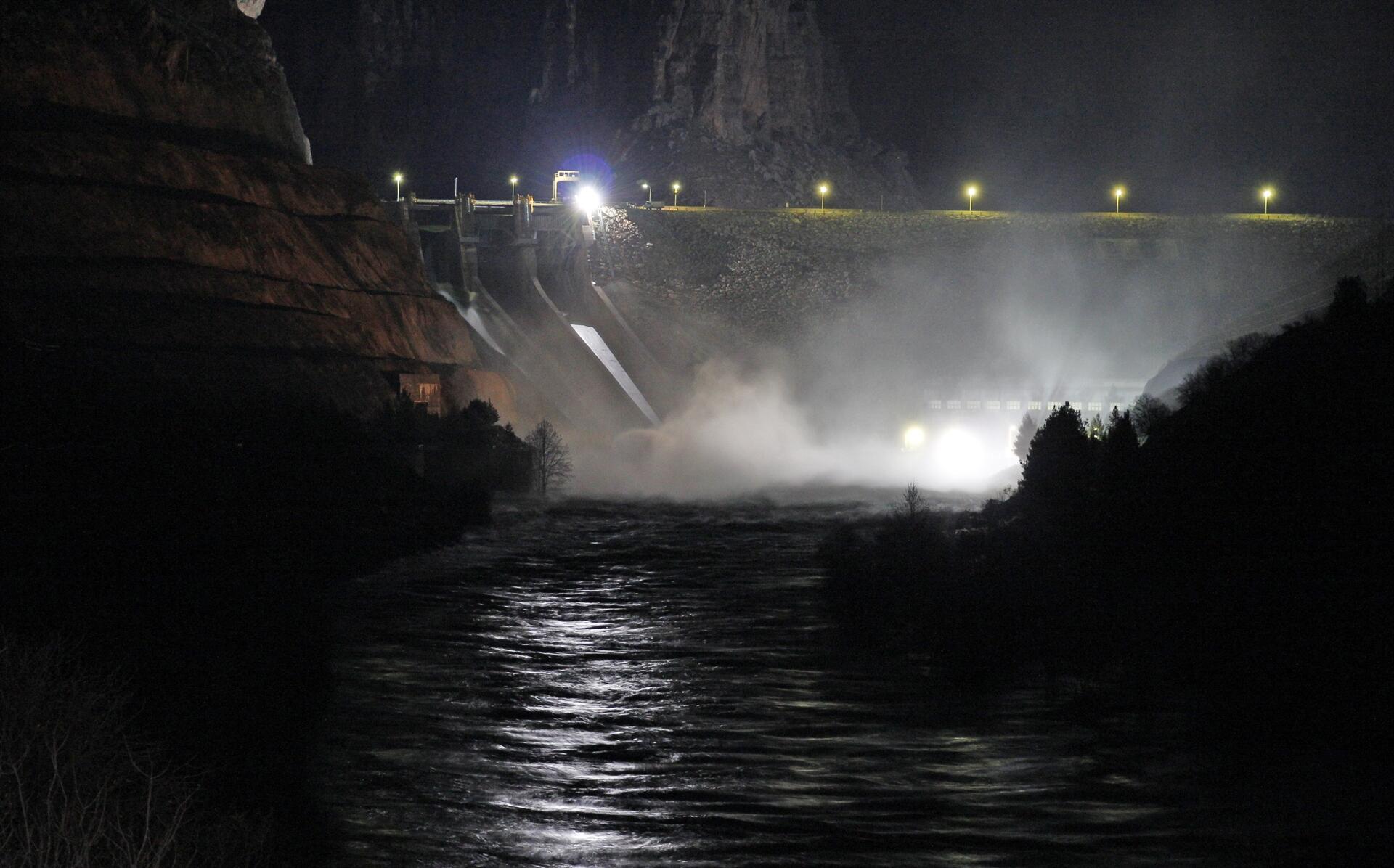 According to the information received, Dicle Dam was opened in the last days as a result of excessive rainfall caused by excess water to evacuate 3 complete flooding, opened to size.

After a period of time due to the excessive pressure of the water to break down one of the doors, was caught. When the water level in the Tigris riverbed increased, 2 doors were closed.

In the districts of Selman, Yatır, Kaya, Balaban, Akalan and Tepecik muhtars and civilians were warned about flooding and flooding.

EXPLANATION OF THE GOVERNMENT

"The Dicle Dam, which is built for irrigation, drinking water and energy on the Tigris River and has been in operation since 2000, has rapidly increased the water level in the reservoir due to precipitation over the seasons and the standards of the seasons. the opening of the opening on 13.12.2018 at 6.30 pm, the radial cover was accidentally removed.

As a result, about 1600 m3 / s of water is removed from the dam from this cover to the natural river bed. This situation ensures that the water reaches three or four meters above the current level in the Tigris river bed and expands the water in the riverbed by expanding and reaching the city center in about 4 hours. Sur, Çınar and Bismil within the boundaries of our districts and in the city center of the Tigris River and neighboring neighboring settlements that live nearby and all our citizens who use these routes to stay away from the riverbed and be more careful; It has been announced with respect for public information oy

HOUSES AND WORKSHOPS ARE DISCHARGED

Firefighting and AFAD teams in the city center warn of the danger of flooding and flooding.
Citizens living in the Ferit Köşk district in the Yenişehir district, close to the Tigris River, evacuated their homes. People were seen waiting in the streets by burning fire.

In the district of Sur, citizens were warned of the danger of flooding and raids by announcements from municipal vehicles. Ongözlü Bridge in the riverbed around the farms and tables of chairs can occur due to flooding lifted.

EXPLANATION OF THE MINISTER

Minister of Agriculture and Forestry Bekir Pakdemirli said: "A cover is broken, but it is not true that the second cover is broken.We have sent all vehicles to the region.There is an uplifting situation of the water bottom.There is no loss of life and property, he said.