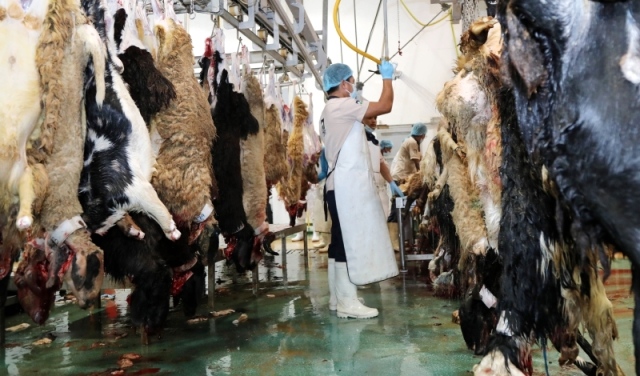 On the second day of Eid al-Adha, the Central Bank of Ajman received 632 cattle, sheep and camels under the supervision of the technical team led by Mr Abdullah Al Tamimi, acting director of the Public Health Department and the member of the veterinary supervision and veterinarians. The whole day long.

The department stated that the work in the barn is in full swing and the maximum capacity of the slaughterhouse is from 7:30 am to 4:00 pm, while the manpower of technicians and employees is offered to serve the visitors and the process of receiving and delivering make the offerings to the public easier and work for their comfort with the speed of performing the slaughter.

And the presence of a professional team of veterinarians to examine the sacrifices before and after and during the slaughter according to the international health standards to ensure the integrity of sacrificing and free of diseases in order to preserve the health and safety of the consumer.

During the second day 400 sheep and 215 goat heads were received and six cows and one camel received.

The ministry pointed out that the total number of sacrifices that the slaughterhouse received during the 1364 holidays, and the slaughter of large animals of cows and camels with a capacity of up to 100 heads per day, the substrate is equipped with a suspension line for semi-automatic slaughter, And the stages of skinning, detection and preparation of the carcass before reaching the final stage of delivery by modern electric machines.