9150 sacrifice distributed by Charity Sharjah inside and outside the country 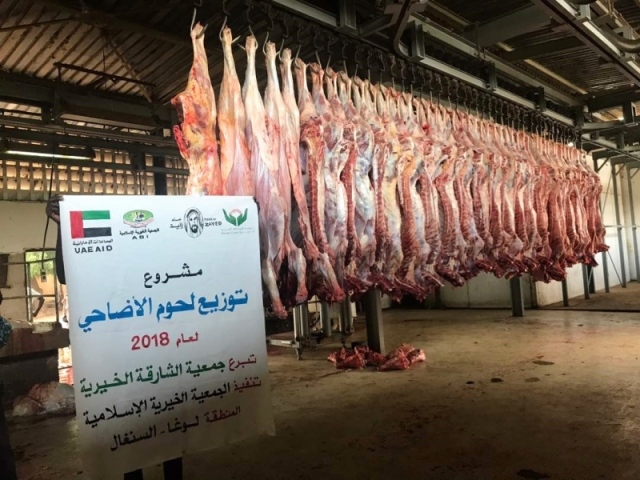 The Sharjah Charitable Society ended the distribution of sacrificial meat to the beneficiaries inside and outside the country. The number of sacrificed animals reached 9150, of which 8100 were divided into 55 countries in coordination with the offices of the association abroad and the state embassies. Beneficiary within the emirate Sharjah.

Abdullah Saif Bin Hendi, chairman of the Supreme Council of Eid Al Adha Campaign, said: "The Society has carried out the sacrifice project as one of the important seasonal projects that cover a large proportion of the poor and needy.The Committee of the Trustee during the first days of the Eid to monitor and control the slaughter of sacrifices in the hangar, to check the completion of slaughter operations in a safe way, And according to the rules of Islamic law.