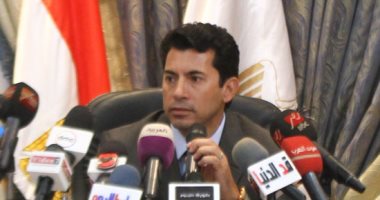 Minister of Youth and Sports Dr. ir. Ashraf Sobhy held a co-ordination meeting with Mohammed Kamel, chairman of the organizing company for the Super-UAE match between the Al Ain- and Al Wahda teams, scheduled for Saturday night at the Air Defense Stadium.

The Minister of Sport stressed that Egypt has a historical relationship with the UAE and that Sheikh Zayed has a special place in the hearts of the Egyptians, the emirates and the Arabs. He is an expensive figure for everyone and the Ministry of Youth bears happy to contribute to the celebration of the 100th anniversary of the birth of HH Sheikh Zayed. Support for the organizing company of the Super Match to properly complete the relations between the Egyptian Emirates and the position of Sheikh Zayed.

The meeting was attended by Ramzi Hindi, secretary of the Ministry of Youth Centers, Dr. ir. Amal Gamal, deputy minister for cultural and volunteer programs, Dr. Ahmed Al Sheikh, secretary for the cabinet of the minister, Ihab Al-Ibaiari, director general of sports tourism and a number of officials from the ministry.