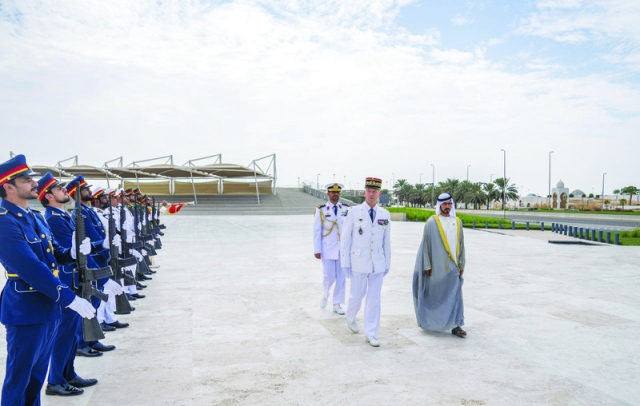 Sheikh Khalifa bin Tahnoon Al Nahyan, executive director of the Martyrs Family Affairs Office at Crown Prince's Court in Abu Dhabi, received the guest upon his arrival at Al Waha, where he was informed about the unique and distinctive design of the Oasis and its contents.

Lockwanter began his visit by reviewing the ceremony of the guard of honor and then placed a wreath of flowers for the monument of the martyr, which consists of 31 panels and is based on each other as a symbol of unity and solidarity and solidarity between the leaders of the UAE and its people and heroes.

Then he toured through the oasis and listened to a detailed explanation of Sheikh Khalifa Bin Tahnoon Al Nahyan about the oasis and its facilities. He rounded off his tour by recording a speech in the guest book and expressed his highest respect and appreciation for the martyrs of the UAE.