Hamdan bin Zayed: Ruwais is an important pillar in the state economy and a global center for the oil industry 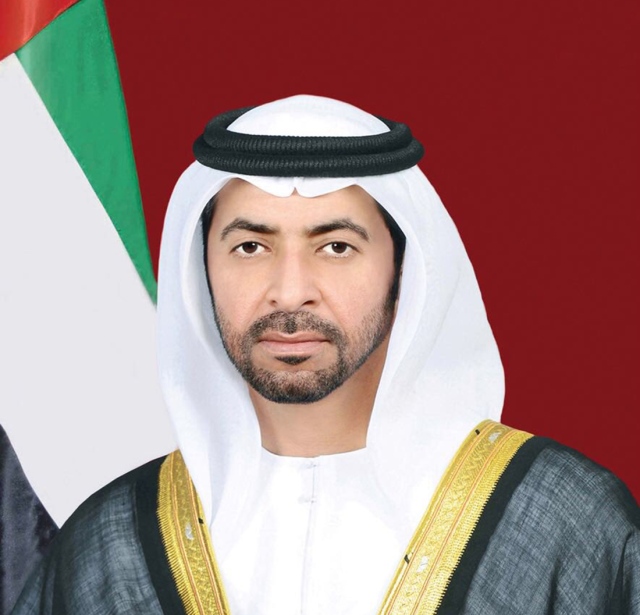 "Ruwais is a global hub for various industries, particularly the oil and gas industry, an important pillar in the UAE economy and an important destination for the residents and visitors of Dhafra and will contribute to the growth and expansion of refining and petrochemicals, "ADNOC will continue to carry out the project in the industrial Ruwais complex in the coming years and meet the needs of the population growth that will accompany these developments.

"Today ADNOC has announced the new identity of the Al Ruwais city in Al Dhafra / Ruwais, and the unveiling of plans to develop the city to keep pace with population growth that is expected to double over the next 15 years to over 50 Following the announcement of the new ADNOC strategy to invest 165 billion dirhams to grow and expand refining and petrochemicals.

HH Sheikh Hamdan Bin Zayed Al Nahyan said: "The modernization and development of Ruwais will have positive and tangible economic and social consequences through rehabilitation, training and employment for the citizens of the country and improving the quality of life of Al Ruwais residents and the Al Dhafra area in general., In all sizes, large, medium and small, to participate in construction projects and infrastructure development. "

HRH praised the efforts of ADNOC to contribute to the development of the endless opportunities available in the city of Ruwais and the measures being taken to maximize the value of each barrel of oil through its activities at various stages and aspects of the oil and gas sector. Of the opportunities to be seized and used to serve the UAE.

HE DR. Sultan Al Jaber stressed that the investment in the development of Al Ruwais City is a practical application of the guidelines of the wise leadership to develop and expand the national economy. The development plans will contribute to the modernization of the infrastructure of the city, which will improve the quality and quality of the lives of the residents. The importance of the local economy in the Dhafra region and in the state.

"The investment of AED 165 billion to expand our refining and petrochemical activities in the next five years will have a significant positive impact as it will create specialized jobs, set up new companies and enable existing companies to grow and to thrive, "he added. The addition will make significant progress by increasing local content in new projects, and additional value will be achieved through the expansion of ADNOC's activities and the introduction of new high-value products in the refining, derivatives and petrochemical sectors.

Due to the favorable financial, legal and investment environment of the UAE, the integrated industrial system in Ruwais offers a long-term, sustainable value proposition by offering many benefits to investors including access to a wide range of high-quality and competitive prices, using advanced infrastructure, advanced facilities and superior industrial services. Investors will also benefit from the proximity of fast-growing markets, and Al Ruwais also offers a unique residential infrastructure that contributes to a balance between life and work.

The development of the residential area Al Ruwais, with an area of ​​6.9 square kilometers and located near the Al Ruwais industrial park in the Al Dhafra area, is part of ADNOC's plans to develop the largest integrated refinery and petrochemical complex to establish one location in the world.

The new projects will have a significant positive impact on the local economy in Ruwais and Dhafra, where the private sector and contractors will witness growth that will boost economic prosperity and create thousands of highly skilled jobs.

The development of the city also includes a number of projects aimed at promoting modern lifestyle, entertainment and the happiness and comfort of the community, including new beach facilities, a central park and a heritage market, an 18-hole golf course, a cricket ground, a walking and running track, public transport, a group of community centers and a number of health centers.

To provide more quality facilities in Ruwais, a number of integrated government service centers will be opened, including the first Tam Center in the city, giving residents access to different government services under one roof.

The launch of Al Ruwais' identity also includes the "Identity Activation Platform" in the center of Al Ruwais Commercial City, where residents and their families can view ADNOC's plans for growth and expansion in refining, petrochemicals and urban development.

Through its program for investments and strategic partnerships, ADNOC aims to increase the scope and volume of high-quality refining, derivatives and petrochemicals, provide reach for fast-growing markets around the world and create an integrated industrial system in Ruwais that will significantly contribute to improving local added value and sector growth. And create new and specialized jobs.

The new ADNOC refinery and petrochemical strategy is expected to deliver more than 15,000 jobs by 2025 and 1 percent of GDP per year.

The investment program also includes the development of the Ruwais complex to improve its flexibility and integration options to produce larger quantities of petrochemicals and high-quality derivatives. The program includes the construction of one of the world's largest cracking facilities for raw materials, with a doubling of the petrochemical production capacity from 4.5 million metric tons per year to 14.4 million metric tons per year by 2025.

ADNOC also plans to develop a new large-scale industrial system in Ruwais by building a petrochemical complex and another factory.

The growth and expansion plans of ADNOC for refining and petrochemicals are in line with its integrated 2030 strategy for smart growth aimed at stimulating economic returns and profitability in exploration, development and production, increasing refining and petrochemical value and maintaining sustainable economic and gas stocks supported by flexible proactive marketing.