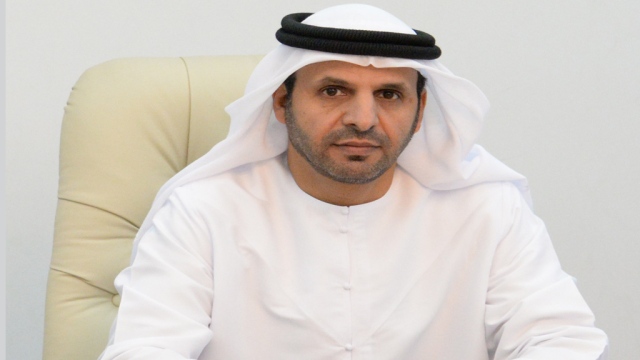 The Federal Identity and Nationality Authority announced that it has started to adopt the implementing provisions for the Council of Ministers' decision to allow long-term residence for pensioners, stating that it includes foreigners who are aged 55 or over achieved, regardless of whether they reside in the government or the private sector and that they will immediately disclose the criteria and conditions for obtaining this stay. Adopted and approved by the relevant authorities.

The President of the Federal Authority for Identity and Nationality Ali Mohammed Al Shamsi said that the UAE will remain faithful to all those who have lived on its land and have contributed to the construction of its rise and development, and would like to have friendliness and appreciation. retained for every effort made within the framework of its victorious young or old, This is based on the established principles and noble values ​​on which it is based, of which the most important is the respect for man, the honor of the guest, the return of the beauty and the honor to give is.

He said that this benevolent homeland every day shows its sharpness to strengthen the approach to social solidarity, which is based on non-pastimes, oppressed or homeless, and that it will remain a refuge for those seeking stability in life and life. family. They have the trouble to seek shelter.

He added that the decision of the Council of Ministers to grant visa rights to persons over the age of fifty-five allowed their long stay in the country, a true embodiment of the highest sense of solidarity and solidarity with a distinct group of society and brotherhood in humanity in recognition of their experiences and experiences. The state constantly enriches them, gives care and attention and lives a decent life, enjoyed by every citizen and resident.

For its part, the Director-General of Foreign Affairs and Executives at the Federal Identity and Nationality Authority, Brigadier General Saeed Rakan Al-Rashdi, said that the Authority will use all its resources and mobilize its frameworks for the decision of the Council of Ministers. to grant visa rights to persons over the age of 55 who allow long-term stay in the country. In accordance with the highest standards of efficiency, accuracy and professionalism, and will be keen to provide the highest services to the beneficiaries to them satisfaction and happiness.

He explained that the decision also includes foreign nationals who have reached the age of 55 or older, whether they live in the government or in the private sector and provide them with the opportunity to sustain their livelihood for a long time and to invest their environmental investments. , arguing that the Commission has developed the necessary policies and procedures To implement the decision in accordance with the conditions and standards that guarantee them, which are primarily aimed at ensuring a decent life for them and saving them poverty and distress, and it will publish the details of those standards and conditions immediately after approval and approval by the relevant authorities.

The decision came as a new link to the series of decisions taken by the Council of Ministers since the beginning of the current year to delight the residents of the UAE and its visitors for various reasons and their competitiveness and attractiveness in the economic and social spheres. global level and improve their reputation as a home for happiness and achieve ambitions and expectations, the new supports the openness of the UAE to the world and increases the attractiveness of investment and makes it the first destination for all who want to live in prosperity, safety and tranquility, and all strive to develop savings and investments.

He added that the decision is a generous humanitarian gesture from the wise leadership of the state to the inhabitants and foreigners who have reached retirement age or are about to reach retirement age, leaving their lives on their own. country, so that they do not have to start a new life elsewhere. Through which they appreciated their contribution and willingness to continue their contribution to their civilization.