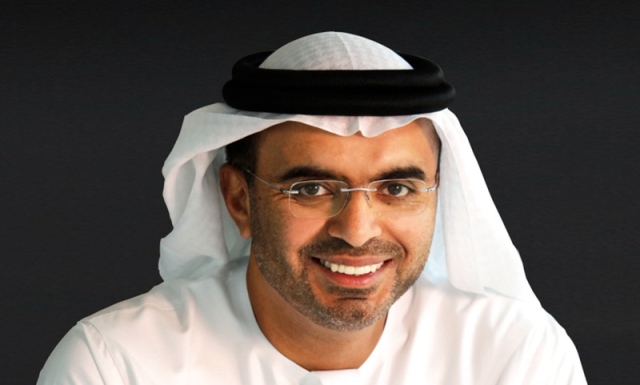 Dubai will organize the fourth session of the World Summit for Islamic Economics 2018, organized by the Dubai Chamber of Commerce and Industry and the Dubai Center for the Development of Islamic Economy in collaboration with Thomson Reuters as a strategic partner on 30 and 31 October under the patronage of His Highness Sheikh Mohammed bin Rashid Al Maktoum, vice president and prime minister and Ruler of Dubai. Dubai, with the participation of more than 3,000 decision makers and government policies, as well as a group of industry, economics and Islamic finance experts from around the world to discuss key issues in the sector, and global economic transformations to boost the dynamics of to change the global Islamic economy and its role in creating new challenges and opportunities for the sector.

Majid Saif Al Ghurair, chairman of the Dubai Chamber of Commerce and Industry, board member of the Dubai Center for the Development of Islamic Economy "With the maturity and expansion of the global Islamic economy, the World Economic Summit of 2018 will be under the theme" Together for future leadership "provide an ideal platform for stakeholders to highlight factors Support the growth and exchange of new insights into the industry and participate in a global discussion on how the sector can support sustainable growth in a rapidly changing world."

Al Ghurair pointed out that over the years the World Summit for Islamic Economy has seen a presence and participation at a high level reflecting the great interest and growing trust in Dubai as a global center for the Islamic economy, adding that the fourth edition of the top will be a new addition to the success of previous sessions.

Abdullah Mohammed Al Awar, Executive Director of the Dubai Islamic Economic Development Center, said: "The World Islamic Economic Summit will continue to consolidate its position as one of the most important international forums for anyone interested in different areas and sectors of the Islamic economy by the main to present global issues and attract more and more government officials and interested in this industry from around the world, ultimately helping to achieve our strategic goal of strengthening Dubai's status as the global capital of the Islamic economy.

This year's World Summit on Islamic economics addresses the impact of rapid digitization and global economic change on changing the dynamics of the global Islamic economy and its role in creating new challenges and opportunities for the sector by attracting international investment and sustainable development. China's Islamic finance and trade with Islamic countries, and the changing role of governments in the participatory economy, noting that the discussion of these essential issues by the participants at the top of officials, experts and specialists who will crystallize International partnerships to contribute to strengthening financial security and social and economic stability.

Abdullah Al-Awar expressed the hope that the World Islamic Economic Summit in 2018 will see fruitful discussions in addition to the efforts of the last three sessions aimed at developing the Islamic economy and improving its culture and principles around the world .

"Today's Islamic economy has crossed the borders of Muslim communities around the world to reach many people and businesses outside of the Muslim community, which has had a positive impact on the macroeconomic landscape," said Nadim Najjar, General Manager, Thomson. Reuters, the Middle East and North Africa. "The Islamic Economic Summit continues to present a profound picture of the sectors that contribute to the growth of the Islamic economy, helping entrepreneurs and companies to better understand global markets and make the right choices and decisions."

The delegates will listen to business leaders from all over the world who bring the halal industry to new heights by expanding internationally and inspiring a new generation of entrepreneurs in the Islamic economy. Participants also have the opportunity to participate in an interactive session to share their practical ideas about the global Islamic economy and receive their own assessment.

During the third edition of the 2016 World Summit on Islamic Economy, approximately 2,500 dignitaries, officials and business leaders from 74 countries around the world attended.

During the two-day sessions, many topics will be covered, including the impact of Block Qin technology, digital currency & # 39; s and artificial intelligence on stakeholders in the halal industry, the prospects of China & # 39; s "Belt and Road" initiative for Islamic finance and trade with Islamic countries and the changing role of the government. In the participatory economy and the future of work in the Islamic world.

The summit will include a series of parallel panel discussions on a wide range of economic and social issues, the challenges facing the Islamic world, and ways of cooperation, solutions and innovative technologies addressing such challenges, as well as the main future prospects for Islamic banking technology and its role in leading changes in the global Islamic economy. Pay attention to social entrepreneurship in the millennium generation.