Mohammed bin Rashid for Hajj pilgrims the greatest reward for you 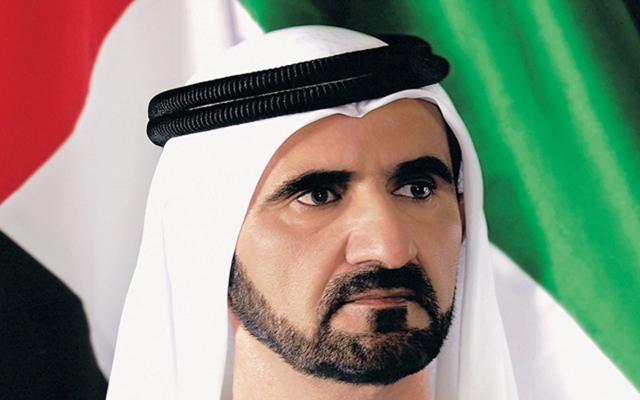 His Highness Sheikh Mohammed bin Rashid Al Maktoum, Vice President and Prime Minister of the UAE and the Ruler of Dubai, thanked the official Hajj team for their efforts to serve our pilgrims.

"The Hajj team is the greatest reward for you, and the honor is beyond all credit."

The pilgrims of the country go today to the hair of Mona to spend the day of rest and accommodation, following the year of Mustafa Peace be with him, where the pilgrims stay until the dawn of the ninth of Dhu already -Hijjah, to go A and then to Arafa, and return to the after Nafrah of Arafa and & # 39; night Muzdalifah to spend the days of all and throw stones

Mohammed al- Kaabi during his meeting with the United Arab Emirates and Preachers campaigns in Hajj. |

Dr. Mohammed Matar Al Kaabi, chairman of the General Authority for Islamic Affairs and Endowments, head of the official pilgrimage mission, confirmed that the pastor has a scientific educational role that contributes to the Hajj implementation of the rituals in accordance with the Shari & # 39 ; a-provisions with ease and convenience.

Organized by the official mission yesterday at the head office for all preachers of the UAE campaigns in the hajj, about the importance of talking about the virtues of the blessed days we live, especially for the guests of the Rahman from the state, and the importance of exploiting it in the work of good values, principles and good manners, and investing in these great days by mentioning God, reciting the Qur'an, Walsh conversations

He said: "We live in days of great praise and reward, which are great days for what it presents to us from the evocation of the biography of the prophets and messengers, where the souls race to the execution of acts of worship and for the sake of the good and the reward of God, In the course of From his speech the approach and biography of the Prophet, peace be upon him, is reminded of the central place of Islam and moderation, and based on the values ​​of coexistence and tolerance and facilitation by the different interpretations and interpretations that the scientists achieved, and emphasizes the way to complete the rituals of the fifth pillars of our religion. The role assigned to preachers in different areas Campaigns express the true religion and its power and are popular with people. And the need to pay attention to the main constants by feeling the Creator, the Almighty, and the need to thank and thank all the Makarmh, represented in the blessing of stability and other blessings that God gave us in our homeland Emirates . The head of the general authority for Islamic affairs and endowments paid tribute to the role of wise leadership and his wise vision by launching various initiatives, programs and projects that develop the mind, protect souls and promote people in addition to their great interest and sharpness to meet all the needs of the beneficent guests of the state.

Al Kaabi remembered the biography of the late sheikh Zayed bin Sultan Al Nahyan, may God rest his soul, and his humanitarian approach to support the needy around the world, pointing out that "the year of Zayed" is a opportunity to confirm the values ​​and foundations confirmed by the founder in us,

Dr. Muhammad Matar al-Kaabi said that the pilgrims of the state will move to the Mouna tomorrow morning to start the day of the revolution, and it will not be the end of the day. Al-Tarwa, according to predetermined work plans In the last few days, the official mission commissions have provided all facilities and camps to receive pilgrims through a number of ongoing works to provide all services

Perform the rituals until the pilgrims return home, with the aim to create as much as possible (19659002) and praised the role of the various agencies serving the guests of Rahman in Saudi Arabia, which has delivered a pioneering model in the quality of global services on millions of people from all over the world, the Kingdom embodied the concept of Loyalty to the integrated success in receiving them through the different equipment and developments of their public facilities that are constantly in service of them.