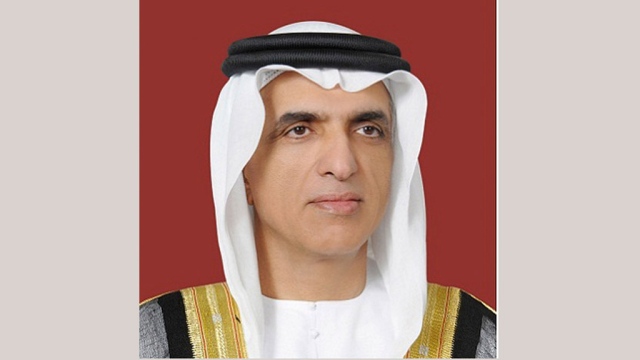 His Highness the ruler of Ras Al Khaimah and the masses of believers listened to the sermon of Eid al-Adha, delivered by His Eminence Sheikh Muhammad Abdullah Subaieen and called the worshipers thanks to this day and its holiness and the year of the Prophet (peace and blessings of Allaah be upon him) "It is a blessed day in the days of Allah Almighty, in which he praises the rituals of Allah and accompanies the people therein with the zakr, tahmid and tahlil." He blessed the Muslims with their happy day, which Allah Almighty decreed after the day of Arafah to rejoice in the rewards of charity and forgiveness and to increase the good deeds.The publication of the Mostly a day on which gifts are given and the commandments be increased. & # 39;

He called on His Majesty the Almighty to give grace to the martyrs of the homeland and the armed forces of the Arab Alliance and reward them for the best reward mothers and fathers of the martyrs and their wives and their families and all Arab coalition forces who have agreed to restore the right to the owners and to reconcile his Highness Sheikh Khalifa bin Sheikh Mohammed bin Rashid Al Maktoum, vice president and prime minister of the UAE and ruler of Dubai, his highness the crown prince sheikh Mohammed bin Zayed Al Nahyan, crown prince of Abu Dhabi and deputy commander-in-chief of the UAE forces, Yuh members of the Supreme Council of the rulers of the Emirates for the service of their people and make him happy and the service of Islam and Muslims.

After completing the prayer and the speech, His Highness exchanged the ruler of Ras Al Khaimah congratulations with the blessed Eid with the sheikhs, high officials and the masses of worshipers.