uae December 6, 2020 uae Comments Off on A Japanese spacecraft with the first condensed samples from an asteroid lands successfully in Australia 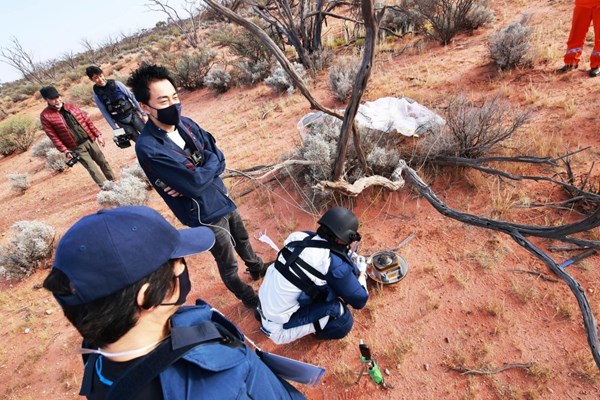 The Japanese space agency said on Sunday that a Japanese spacecraft carrying the first condensed samples from an asteroid has completed its six-year mission and landed safely in a remote area of ​​Australia.
The Japanese Space Exploration Agency’s Hayabusa 2 mission tries to answer some basic questions about the origin of the solar system and where particles such as water came from.
The spacecraft was launched in 2014 from Japan’s Tanegashima space center and took four years to reach the asteroid Ryugu before taking a sample and returning to Earth in November 2019.