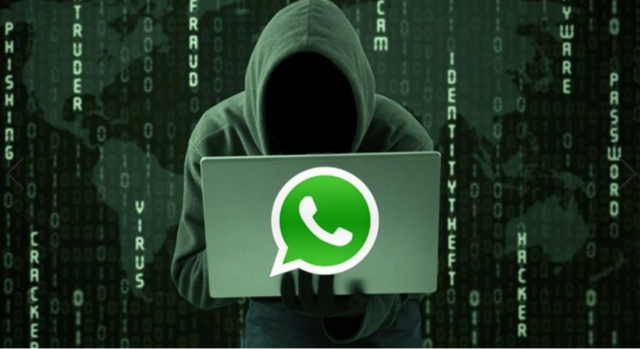 WhatsApp users around the world have become very alert after a nasty scam that exposes users’ private conversations.

Cyber ​​criminals are targeting the “WhatsApp” application again with a trick that prohibits users from entering their accounts, in addition to hacking private messages, contacts list, photos and videos, which hackers can then use to target more users. This new fraud uses an old technique that was seen before. According to Russia Today.

And those who have been scammed will usually receive a message on their phone that appears to be from a friend or contact already stored on your phone (but be warned: these text messages are being sent by people already hacked by the scam , as hackers use your contact list to try and get more people who fall prey to fraud).

Once the hackers know you are ready to respond, they target your phone and try to access your chat account through your WhatsApp security PIN.

This is a very simple fraud. Whenever you update your smartphone, WhatsApp will ask you to verify your identity with your phone number before you can access conversations backed up in the cloud.

To verify the identity of the person trying to log into your WhatsApp, the Facebook-owned company sends a randomly generated six-digit code in a text message to the phone number registered in the account.

Then the hackers will text you – with an apology for the six-digit code sent to you – and ask you to forward it to them. Once the code is sent, WhatsApp believes it is a real attempt to log into your account, and will allow chatting on the hackers’ smartphones.

This fraud was circulated earlier this year and is now being rediscovered. And it appears that the radio host, Jeremy Vine, has fallen into the scam. And he posted a warning tweet to his listeners to try to keep them from getting into the ruse.

Currently it seems that WhatsApp users in India are the main target, but it is good to be alert if you get a message asking you to forward the PIN.

Ray Walsh, a digital privacy expert at ProPrivacy, said of the latest scam, “WhatsApp users should be on the lookout for a disturbing new fraud that will allow cyber criminals to infiltrate their accounts. Anyone who suddenly receives a message with a one-time PIN. should do that. Very careful because this is how the attack starts. After receiving the unexpected OTP code, the hacker sends the victim a direct message claiming to be her friend or contact. Then they ask for the code to be forwarded by claiming they sent it by mistake. This code It’s actually the two-factor authentication code to access the victim’s WhatsApp account, and once the victim redirects it to the hacker, he will use it to secure his account. hack Always watch out for text messages containing OTP, never forward these codes or take a screenshot Or give these codes to every and through, regardless of their validity. “