uae November 12, 2020 uae Comments Off on The Egyptian Football Association honors Salah with the prize for Inspirer – Sports – the finish line 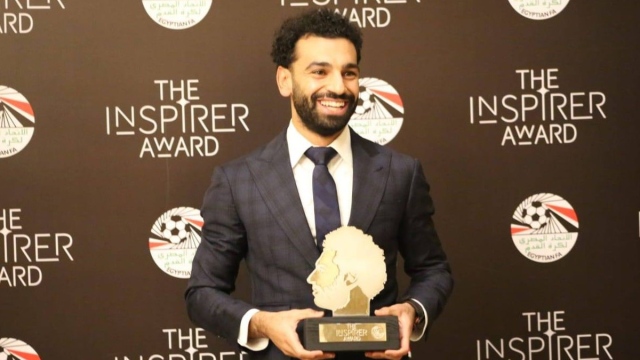 The Egyptian Football Association held a ceremony in honor of Mohamed Salah, the star of the national team and Liverpool’s top scorer, as he received the “Inspirer” award as one of the symbols for millions of young people from around the world.

The official account of the Egyptian Federation for the Game, on the social networking site ‘Facebook’, said today, Wednesday, that the ceremony witnessed the presence of Ashraf Sobhi, the Egyptian Minister of Youth and Sports, and members of the five-year committee. in charge of running the federation headed by Amr Al-Janayni, along with Mahmoud Al-Khatib, president of Al-Ahamly Club, and president H Egyptian Olympic Committee.

Salah, for his part, expressed his happiness with this honor, thanking the Football Association and the Ministry of Youth Sports after receiving the award.

Salah said in his speech at the ceremony that the arrival of Al-Ahly and Zamalek to the African Champions League final for football is a matter of pride and indicates the superiority of Egyptian football.

Salah called on the players of both teams to be sporty and to reject fanaticism during the match to be held on the 27th of this month.

Salah, who came to Liverpool in 2017, won the Premier League title last season, in addition to the European Champions League and the European Super Cup title in 2019, and he also won the title of top scorer in the English Premier League in two consecutive seasons.

Salah is in Cairo with the Egyptian national team (the Pharaohs), in preparation for the Togo games on the 14th and 17th of this month, within the qualifiers for the African Nations Cup to be held in Cameroon in 2022.