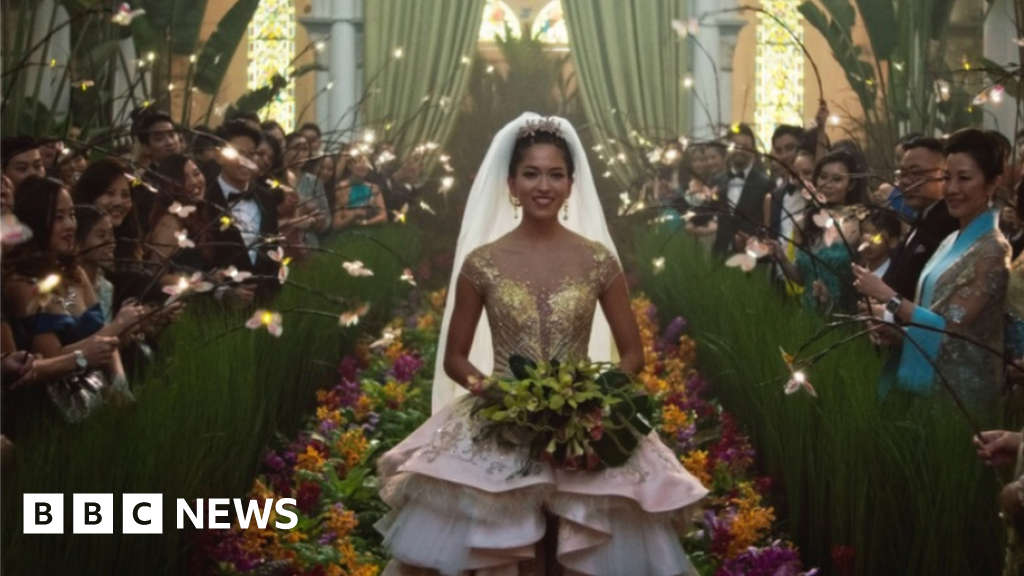 Crazy Rich Asians beat the expectations and take first place at the American box office during the opening weekend.

The Warner Brothers film with Constance Wu and Henry Golding is the first romantic comedy that tops the top in three years.

Since the opening five days ago, the film – which cost $ 30 million to produce – has made $ 34 million at the checkout.

Adapted by Kevin Kwan's bestseller, Crazy Rich Asians tells the story of an Asian-American woman who gets a culture shock and meets the ultra-rich family of her friend in Singapore.

Analysts have said that its universal theme's and entertainment value has become popular among moviegoers.

Jeff Goldstein, head of Warner Brothers' domestic distribution, said mouth-to-mouth advertising was key to the success of the film.

"This film is so culturally significant and so unique that no cast has been predominantly Asian [in years]. This is one of the few projects that brings together a whole studio with a lot of passion. "

Seen as a turning point for the on-screen display, prominent Asian Americans started a social media movement known as the # GoldOpen campaign.

The campaign offered free screenings in the US to promote the film and raise awareness about the lack of Asian representation in Hollywood.

The success of the weekend's success in the film seems to confirm the filmmakers' decision to abolish a lucrative Netflix deal in favor of a riskier cinema release through a Hollywood studio.