Too little sleep can cause weight gain 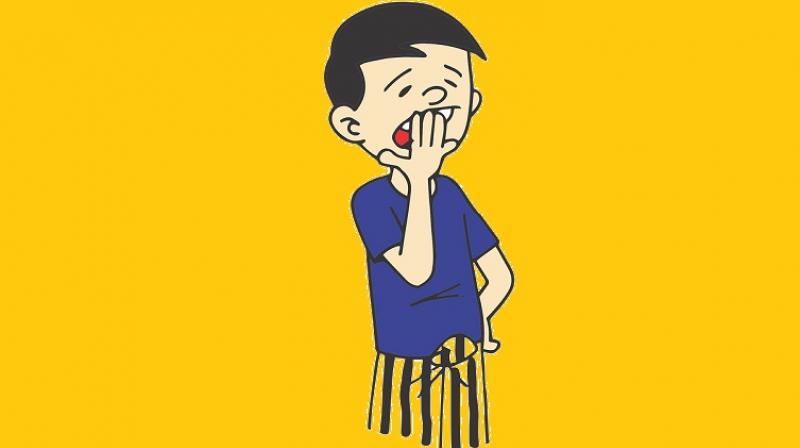 Washington: Did you know! Lack of sleep can contribute to unfavorable weight gain, according to a study.

Researchers at the University of Uppsala have shown that night-time sleep loss has a tissue-specific impact on the regulation of gene expression and metabolism in humans.

This can explain how shift work and chronic sleep loss damage our metabolism and adversely affect our body composition.

In the new study, the researchers studied 15 healthy individuals with a normal weight who participated in two in-lab sessions in which activities and meal patterns were highly standardized. In random order, the participants slept during a session a normal night's sleep (more than eight hours) and they were kept awake all night during the other session.

The morning after each night intervention, small tissue samples (biopsies) were taken from the subcutaneous fat and skeletal muscles of the participants. These two tissues often show disrupted metabolism in disorders such as obesity and diabetes.

At the same time, blood samples were taken in the morning to allow comparison between tissue compartments of a number of metabolites. These metabolites include sugar molecules, as well as different fatty acids and amino acids.

The tissue samples were used for multiple molecular analyzes, which first revealed that the sleep loss condition resulted in a tissue-specific change in DNA methylation, one form of mechanism that regulates gene expression.

DNA methylation is a so-called epigenetic modification that is involved in regulating the way in which the genes of each cell in the body are turned on or off and that is influenced by both hereditary and environmental factors, such as physical activity.

"Our research group was the first to show that acute sleep loss in itself results in epigenetic changes in the so-called clock genes that regulate the circadian rhythm within each tissue.Our new findings indicate that sleep loss tissue-specific changes cause the degree of DNA methylation in genes spread across the human genome.Our parallel analysis of both muscle tissue and adipose tissue further enabled us to reveal that DNA methylation is not regulated in these tissues in the same way as in response to acute sleep loss, "Jonathan Cedernaes said.

"It is interesting that we saw changes in DNA methylation only in adipose tissue, and specifically for genes that have also been shown to have changed their DNA methylation level to metabolic disorders such as obesity and type 2 diabetes. Epigenetic modifications are believed to be capable to provide a kind of metabolic "memory" that can regulate how metabolic programs work for extended periods of time, so we think that the changes we have observed in our new study may be another piece of the puzzle of how chronic sleep interruption and circadian rhythms can influence the risk of developing obesity, for example, "Jonathan commented.

The findings are published in the journal Science Advances.