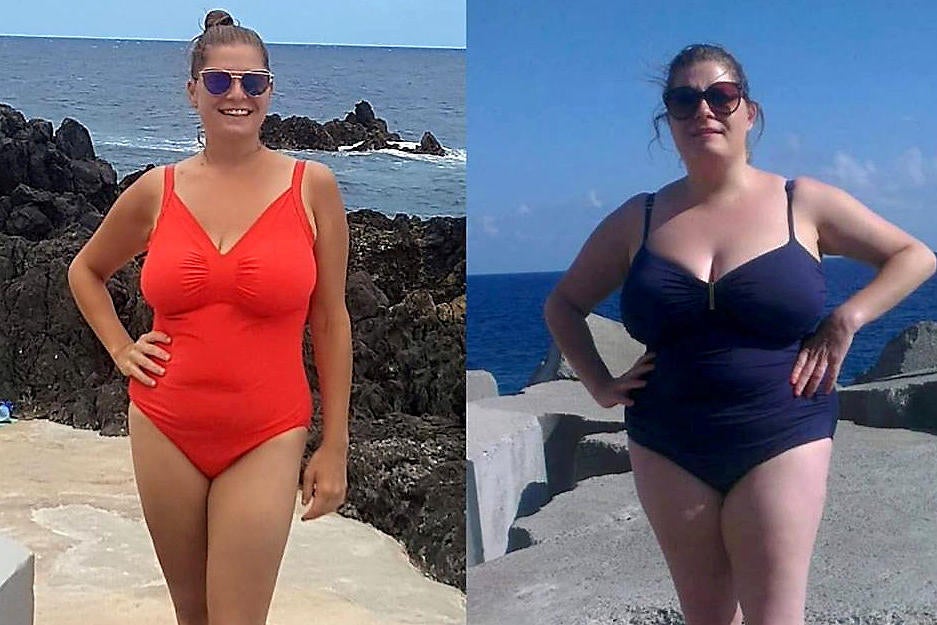 A woman who was told that she was too heavy for IVF lost five stones and now expects her first baby – a dream come true for the mother in the making.

Anna Rodrigues, 34, a nurse practitioner from Andoverford, Gloucestershire and her husband Elvio desperately wanted a baby, but struggled to conceive.

After the couple was told in February 2017 that the weight of Rodrigues on 15 stones was too high to qualify for IVF, and that Rodrigues would consider removing carbohydrates, she decided to make a change.


Rodrigues, who had polycystic ovary syndrome, studied her options and found the Cambridge weight plan and Tewkesbury consultant, Sarah Hall.

"I poured my heart over her in a very long message," Rodrigues said. "I always struggled with my size, but I did not know that I had polycystic ovaries that stopped me."

Polycystic ovarian syndrome (PCOS) is a hormonal disorder that causes enlarged ovaries. Symptoms include difficulty getting pregnant, weight gain and excessive hair growth, according to the NHS.

Rodrigues said her diet was partly to blame: "I would eat all the wrong things – a wrap, chips and chocolate bar for lunch and takeaway for tea."

But the future mother was ready to have a baby – so she changed her lifestyle.

"I was determined to change so that I could have a baby, it has always been my dream," she said.

By following a personalized nutritionally balanced weight plan created by Hall and visiting the gym, Rodrigues was able to lose three stones within four months.

After completing the transformation, Rodrigues returned to the fertility adviser at 10st 2lb.

"She could not believe how much weight I had lost in a few months, but I was so determined, I wanted to roll the ball and I was glad they brought us forward for IVF," said the 34-year-old.

Shortly thereafter, the couple heard that they were expecting a baby – on November 12, a day before Hall's birthday, Rodrigues weight loss consultant.

Hall said: "This will be my first Cambridge Weight Plan baby, Anna was a perfect advertisement for what we're trying to achieve, she turned her life around."