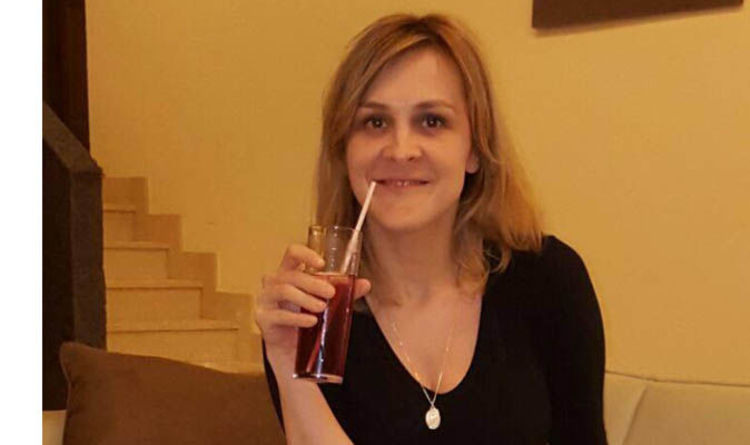 Last night they fought for their lives after the gruesome attack in Eltham, in south-east London, on Sunday afternoon.

A man was later arrested on suspicion of attempted murder, Scotland Yard said.

The mother of Gos, 64, was in London to visit her daughter and it is believed that she would fly home to Poland just a few hours after she had been attacked.

Neighbor Bob Gover, 69, told me yesterday how he rushed outside after he heard "a little noise" on the street.

"I looked outside and there were about half a dozen people," he said.

"I saw blood on the face of one of them and I knew something had happened, so I ran inside and called for an ambulance."

The retired TV technician said, "She was covered in blood, I did not even know she was, there was so much blood on her face, I thought she was a passerby, I did not recognize her."

Gover said that Gos's boyfriend was consoling her on the street before she and her mother were taken to the hospital.

He added: "Her mother was visiting with her sister from Poland and would return that day."

Ms. Gos, who has a master's degree in history from the University of Lodz in Poland, works in business support services for the leading City firm S & P Global in the financial district of Canary Wharf in London.

The company said yesterday: "We are extremely shocked and saddened by the senseless attack on one of our employees, Ania Gos, and her mother on Sunday afternoon."

Scotland Yard gave a picture of the neighbor Joe Xuereb of Ms. Gos, 27, and called him a man who wanted to question them about the incident.

Around 19.30 a woman driver saw him two miles away in Sidcup, Kent.

She warned the police and put him in her car before agents arrived to hold him.

One of them pulled out a Taser machine but it was not used.

A Yard spokesman said: "The suspect was arrested as a direct result of the call in the media."