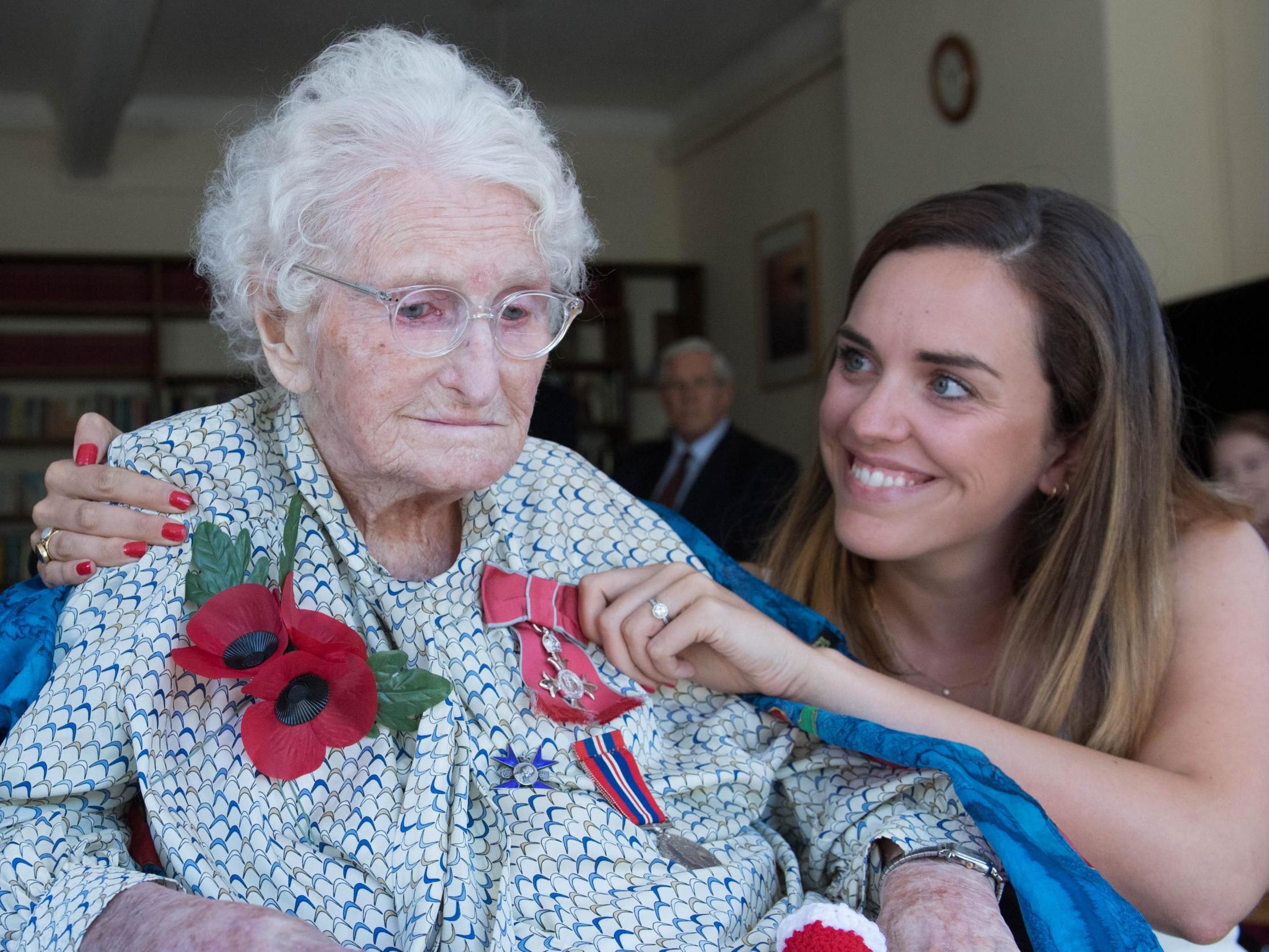 Britain's longest living poppy seller died at the age of 103, just a few days after receiving an MBE.

Rosemary Powell helped her mother sell the artificial flowers at the age of just six, during the inaugural Poppy Appeal of Royal British Legion in 1921.

She would spend the next 97 years collecting for charity, but said earlier this year that she would finally quit her voluntary duties.

The great-grandmother, from London, was honored in the Honors List of the Queen & # 39; s Birthday Award for her almost eternal commitment to the legion.

On August 6, just nine days before her death, Powell was offered her MBE on behalf of the Queen by the vice-lord-lieutenant of Greater London, Colonel Jane Davis.

As an imam I lead memorial services for fallen Muslim soldiers


Her support for the Poppy Appeal persists even after her death, with a gift of each copy of her memoirs that goes to charity.

In an obituary, the Powell family said that they & # 39; cost of war & # 39; had known, after she had lost four uncles in the First World War and her fiancé in the Second World War.

Her brother, who won the Military Cross for courage in Egypt, died of cerebral malaria or possible suicide.

During World War II, Mrs. Powell trained as a volunteer aid detachment (VAD) nurse, who took care of civilian nursing for the army.

She lived in Africa for a year in the 1950s, but made poppies of paper to give to the locals during the memory.

During 20 years of living in France, Mrs. Powell and her officer, the Royal Navy, Selwyn Blue Cornflowers, sold the French equivalent of British poppies.

Her family said that the couple's time in France was mainly spent on gardening "which may have been the key to her healthy life".

When she returned to the United Kingdom, Mrs. Powell sold poppies in London, including the Kings Mall in Hammersmith.

Her last collection was in her nursing home in the city, where she was offered her MBE while she was draped in a wheelchair in a blanket with a poppy pattern.

The British Legion described Mrs. Powell as an "exceptional woman" and a "real role model".

"Rosemary's commitment to the Legion and the Poppy Appeal, more than 97 years, was nothing short of remarkable," said a spokesperson for the charity.

"She was an exceptional role model and her passion and dedication will be missed by all of us in charity.

"We will forever be indebted to Rosemary for its efforts that have literally helped thousands of generations of armed forces, veterans and their families."

Her funeral will take place later this month, with a special memorial event in the St Paul's Church, Knightsbridge – where she married in 1952 – to follow in October.