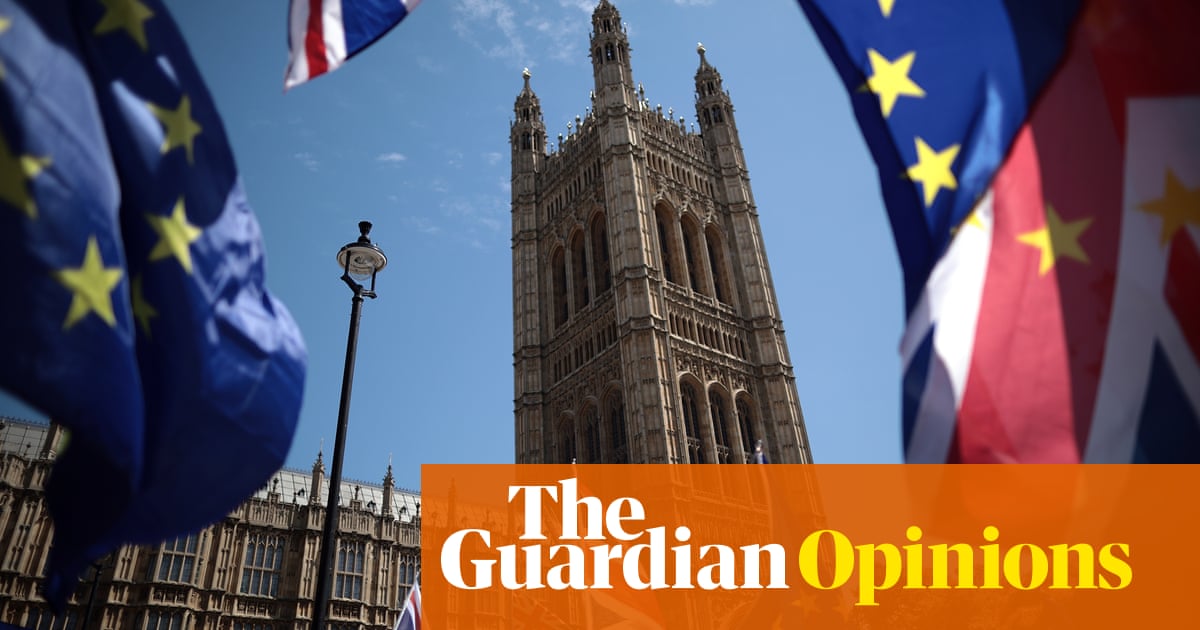 Bthe day before yesterday Mark Carney left for his summer vacation and said that the risks of a no-deal Brexit were uncomfortably high. Last week, Philip Hammond warned that the Treasury would take an £ 80bn hit if the negotiations between Britain and the EU would fail completely.

There is a risk for this latest manifestation of Project Fear. If the public really thinks that in eight months time Britain will be immersed in the economic equivalent of a nuclear winter, the economy will get a serious hit.

So far, however, people seem relatively relaxed and the feast day did not spend on scraping shelves with baked beans and bottles of water in the supermarket. While opinion polls show that voters – rightly – think the government is shaking the ears for the Brexit negotiations, the economic situation suggests that they take what Carney and Hammond say with a pinch of salt.

Last week's survey on CBI's production and retail sales was both solid, unemployment was lower last in early 1975, and public finances crushed last month's expectations with the largest July surplus in nearly two decades. Nothing but the idea that he will have more money to play in the autumn budget should encourage the chancellor a little. Although it is not really thriving, the UK grew faster than the eurozone in the second quarter and is doing much better than the treasury predicted prior to the EU referendum. There was no collapse in house prices, no 500,000 increases in unemployment, no two-year recession.

The poor track record of the Treasury (and indeed that of the Bank of England) is one of the reasons why consumers and businesses will not squat on a condescending recession next year. Moreover, the skepticism about official forecasts is entirely justified. Neither the Bank nor the Treasury saw the financial crisis coming and underestimated both the damage it would cause and the damage it had caused. The economy is now about 15% smaller than if the growth ratio had continued before the recession, something that the Bank, the Treasury and the Office for Budget Responsibility (the body that is now doing Hammond's economic forecasts) took over by surprise. So the self-assertion of the Treasury that the economy could be 10% smaller by 2030 in the case of a Brexit without a deal, must be handled with caution.

No question, the warnings from Carney and Hammond have some impact. The governor and the chancellor are responsible for the economy and they make news. What they say is important. But their influence can be overestimated, because most people are too busy with their lives to worry if the Bank and the Treasury radiate gloom and despondency. Interest in and awareness of political developments is much less than expected. People vote just before the elections, decide that they are – to a large extent – based on how well they and their families do, vote and then reload.

When David Cameron won the 2015 elections, voters thought it would take another five years. Theresa May's mistake was to ask them only two years later to go to the polls and, worse, to do so when the standard of living dropped as a result of the post-referendum drop in the value of the pound . There could hardly have been a worse time to announce an election than halfway through the time when real income fell and the electorate suffered from austerity fatigue.

The summer of 2018 would not have been a perfect time to fight an election, but it would have been better than June 2017. Inflation has started to decline as the impact of the pound decrease has faded and this has led to slightly rising real incomes.

Unemployment has continued to fall – it is now below 4% – and there are plenty of vacancies. Most people who want a job can find one, even if it is not the kind of work they want, with the hours they want, at the desired wage rates. All in all, rising incomes and more job security mean that people are less gloomy about their own finances than about the outlook for the economy as a whole.

It may be understandable that companies have been more cautious about investing, but just as companies threatened to leave the UK in the event of a Brexit without a deal, there are high-profile examples – such as Google and Apple – of companies announcing plans to expand into Large -Britain.

The assumption that these multinational companies do is that Great Britain will not land from the EU next March, because a deal will eventually be concluded. Financial markets think the same, so the chance of no deal comes to 10%.

This is a reasonable assumption. The history of the EU negotiations is that the victory is snatched from the defeat of the defeat with an agreement that was made at the last minute. With the economy of the euro zone not in a particularly good health, there is no real appetite in any European capital for a no-deal result.

It is clear that it makes sense to be prepared for all Brexit results, but the public must take the more sinister warnings of the upcoming apocalypse seriously.

Predictions from experts are discredited. Life is a bit better than a year ago. There is still an expectation that London and Brussels will orchestrate a political solution. For all these reasons people do not really believe that at the end of March 2019 there will be no food in the stores, that hospitals will be short of medication and that aircraft will be obstructed to fly. A no-deal Brexit is seen as another millennium bug.