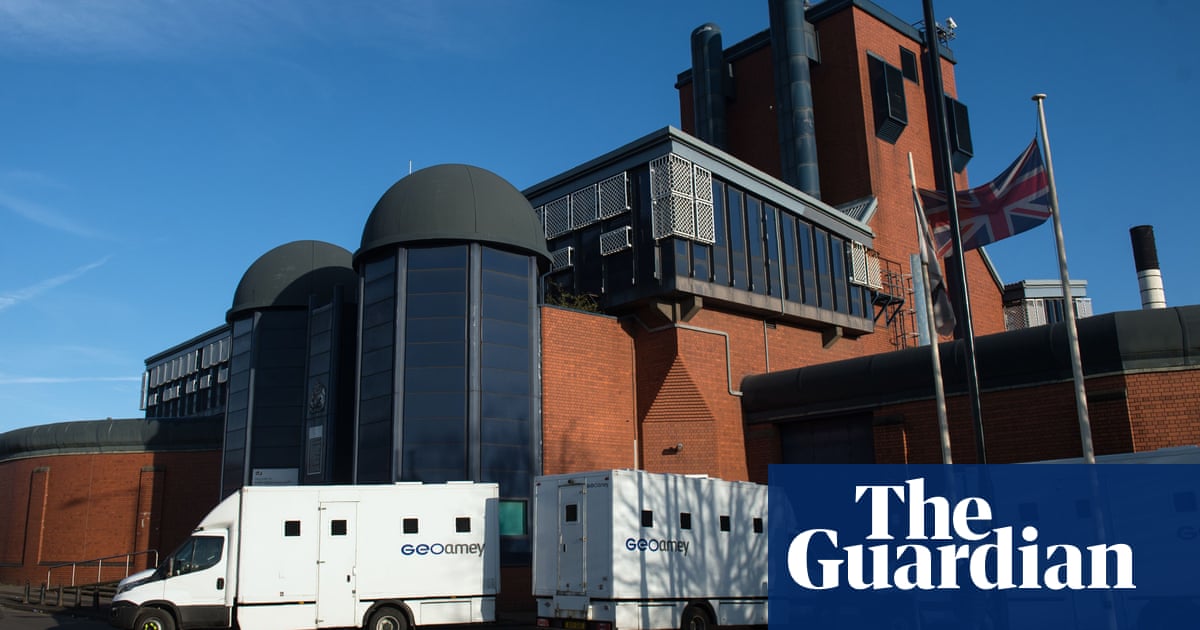 The Department of Justice has been warned that shortcomings in a private Birmingham prison reflect a wider prison crisis, as overcrowding and shrinking means lead to increased violence, drug use and self-harm in prisons in England and Wales.

HMP Birmingham was dramatically taken out of control of the outsourcing giant G4S and returned to public administration on Monday after a devastating inspection revealing widespread drug abuse, violence and filthy conditions in prison.

Earlier this year, the high number of deaths in prison, including suicides and overdoses, was examined.

An upheaval of 14 hours with at least 500 inmates in December 2016 was cited as a crucial point in the deterioration of the prison, although a separate investigation published on Monday showed that the problems in prison escalated months before the disruption.

The findings, issued by the government on the basis of the Freedom of Information Act on Monday after they had initially refused to publish, said that controllers – representatives of MoJ who were based in private prisons – would have reported to the department on the escalating violence. , months prior to the riot in December 2016.

Kevin Lockyer, a former governor of the prison, who was called upon to deal with a previous large private prison crisis in 2002, told the Guardian that the problems in Birmingham were charges against government austerity, adding that MoJ- controllers might have been "in the wheels".

Lockyer, who was appointed in 2002 to run the young offender of Ashfield after the failure of his private provider, said: "You will not be in the state it is in Birmingham without anyone noticing it. coming out of the bushes.

"Ministers must accept that they have used too many resources too quickly.It begins by acknowledging that we are demonstrably failing, that as a so-called leading, first world civilized society, the condition of our prisons is a source of deep social shame."

Lockyer, who was deputy governor at HMP Belmarsh, governor of HMYOI Portland and later deputy director of the National Offender Management Service at the MoJ, said the intervention was an attempt by the ministry to take a decisive stand. "Changing the governor – or temporarily taking over a private prison – is like changing football manager after a series of bad results: it looks good, but it does not cover any of the underlying problems," he said.

The urgent reporting process called by the Chief Inspector of Prisons, Peter Clarke, which led to the government's decision to place the prison under state control, has happened twice before in connection with public prisons.

Peter Dawson, director of the Prison Reform Trust, said: "This is a dramatic intervention after yet another profoundly disturbing report on a crowded local prison." The depressing truth is that it places Birmingham in the same category as a succession of other prisons that Doing work – trying to take care of far too many people, most of whom are in detention for only a few weeks, showing both a system and a prison in crisis, and it does not get any better. "

A former prison director led the investigation into the riot in 2016, which showed that the disturbance could have been halted within 30 minutes.

The massive disruption broke out on four wings of HMP Birmingham on the morning of December 16, 2016, after two men climbed on the net in one of the wings and, together with four other prisoners, were able to grab a set of keys.

The chronic staff shortage contributed in part to a breakdown of authority and increasing instability ultimately led to prisoners controlling themselves, according to the study.

The June 2017 report stated that the governor of the prison rated the stability of the prison as low in every week of 2016 – a provision that would be included in the monthly reports from the MoJ controllers.

An extract from a controller's report in June 2016 revealed a large number of attacks and damages.

"We concluded that senior managers do not appreciate the importance of data that exhibits instability in Birmingham," the report said. "We are concerned that this culture of acceptance masked a deteriorating picture of violence, which combined with a lack of effective sanctions meant that the behavior of prisoners was not regulated."

He wrote on Twitter"This goes much deeper than #HMPBirmingham A good assessment of ALL government PFI contracts that provide vital public services should have been a long wait because companies are currently paying taxpayers and the civil service needs much better capacity to deal with them. to go. "

In a second tweet he added: "When I was at @MoJGovUK, I was frustrated by the situation with Oakhill STC [secure training centre] and determined to find out. Complex contractual and financing arrangements mean that we pay almost £ 18 million / year for ~ 80 places. I urge every minister with a PFI contract to become very interested in the details … "

Richard Burgon, the secular of shadow justice, called for a temporary ban on further privatization of the justice sector. "We once again see the dangerous consequences of the increasing privatization of our legal system," he said.

"HMP Birmingham was the first public prison to be handed over to the private sector, which should be a nail in the coffin for the inadequate idea of ​​privatizing the prison, and the government should reject its recently announced plans to build even more private prisons."

But Lockyer said that questions about the management of the prison by G4S could be a cover for deeper problems in the system.

"This is about an underlying malaise in the prison system, driven by the decisions of Ken Clarke and Chris Grayling to switch the Treasury to very quickly save huge resources," he said. "There is no one with any experience, you have to have people who know more about driving prisons than prisoners."

The MoJ said that the framework for monitoring the performance of private prisons includes the Inspection Service, the Independent Monitoring Board (IMB) and the Prison Ombudsman, as well as the controllers. The department is able to issue "improvement messages" to prisons, which it did with Birmingham in March. In addition, both the Minister of Prisons, Rory Stewart, and the Minister of Justice, David Gauke, visited Birmingham personally.

But the government bears part of the debt for the state of HMP Birmingham, Stewart said on Monday.

"This is partly the responsibility of me, as minister of prisons, of the government, and of G4S, and so we have taken this unprecedented step to step in and take control of the prison," Stewart told the BBC Radio 4 & # 39; s Today program.