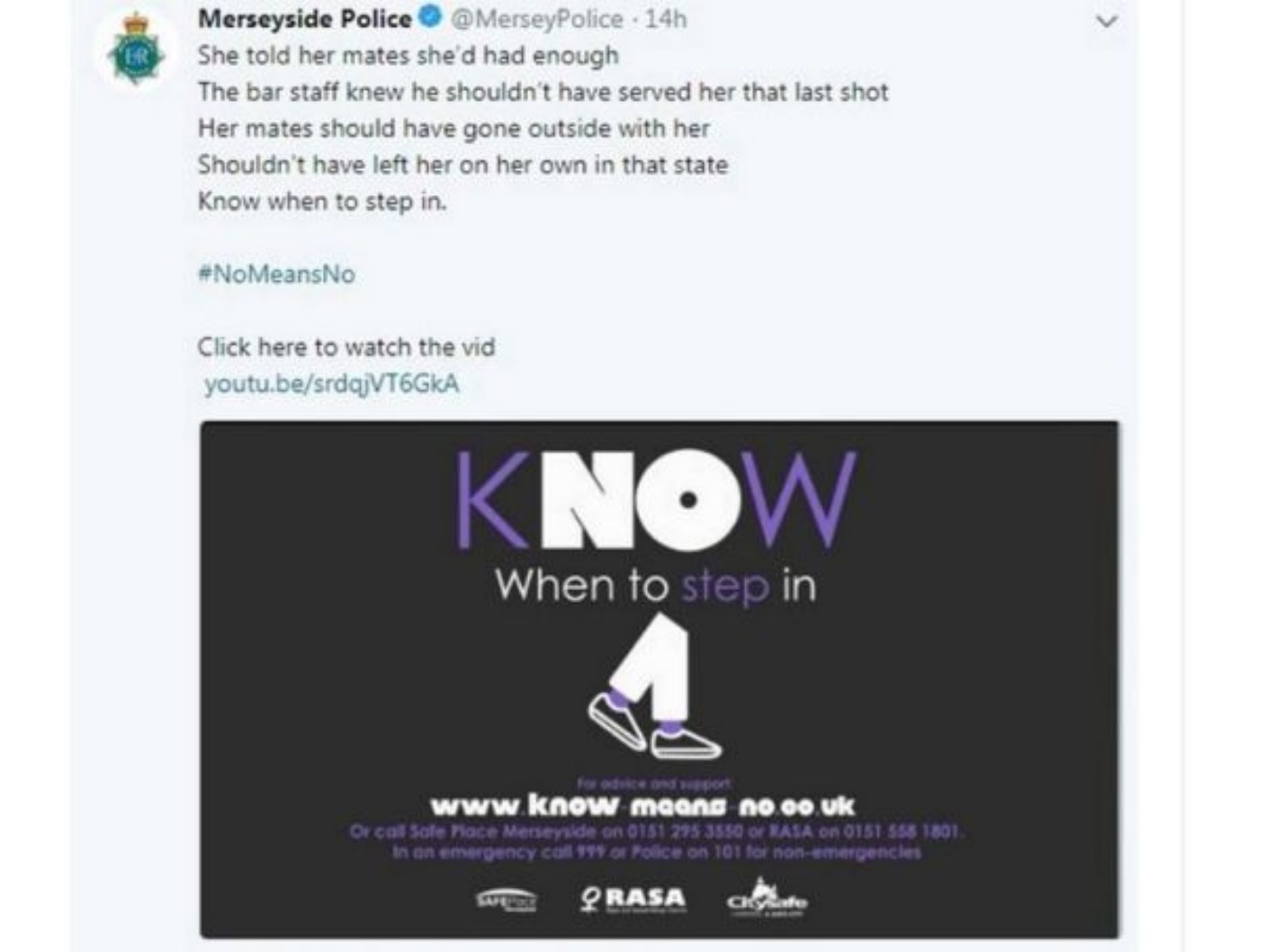 Liverpool City Council and Merseyside Police have apologized for reports on social media that seem to blame victims of sexual violence.

The original posts also contain a video titled & # 39; Know when you have to get in & # 39; as part of a broader campaign to encourage friends to match each other in the evening.

Sorry, this content is not available on your device.

The statement issued on behalf of Citysafe, the Liverpool's Community Safety Partnership, says: "It was not our intention to blame someone for sexual violence, rape or any other crime."

" The only person ever responsible for making the decision to rape is the perpetrator. "

" We apologize for not making it clear in our messages on social media. "

It went to explain that a partnership with people from services for sexual violence, advice, police and local charities was consulted during the development of the video.

The story line of the video was also tested on focus groups, the statement adds, saying that no one who was consulted felt that the campaign blamed the victims "but if they are seen separately, the tweet is perceived in this way and we regret the caused misery ".