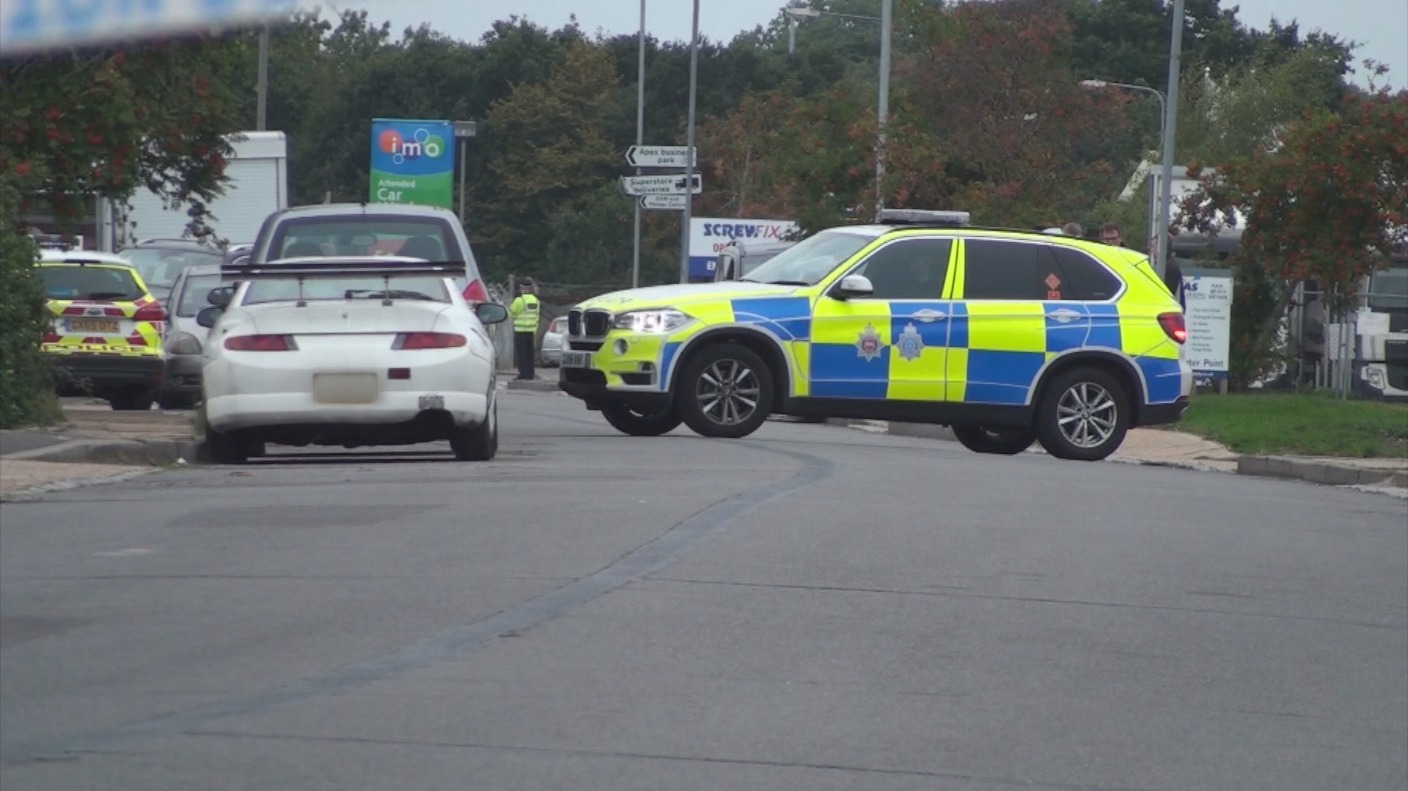 An "advanced" illegal arms factory has been discovered on the outskirts of a city in East Sussex, according to the National Crime Agency.

On Saturday evening, officers from the NCA's armed operations unit were deployed at Diplocks Way in Hailsham as part of a live investigation.

Researchers have found what they believe to be a large-scale & # 39; operation is in a warehouse and describes itself as a gearbox repair company on an industrial estate.

Agents arrested three men who had to leave the building and had to use a Taser on one of them, according to a spokesperson for the NCA.

Two pistols and ammunition were found.

The site is closed while the research continues.

A thorough forensic investigation of the site took several days, but officers have found what they suspect are machines and parts that are used in the criminal production of firearms and ammunition.

This included a number of pistols at various stages of production, as well as what appears to be templates and metal for use in their manufacture.

Greg Akehurst, 29, without a permanent address, and Mark Kinman, 63, of Bramwell Mews, Hailsham, were both accused of possessing a firearm.

Kyle Wood, 30, of Gratwicke Drive, Littlehampton, was accused of the same offense and also holds ammunition.

The trio was taken into pre-trial detention and will probably appear in Kingston Crown Court on 17 September.

Our research continues and much of what we have discovered at this location is now being the subject of careful forensic analysis.

"We suspect that this operation disrupted a group that seems to be involved in the criminal production of firearms.

"As a result, we have prevented a potentially large amount of weapons from entering the black market and ending up in the hands of criminals.

"I also want to recognize the excellent support and assistance we have received from Sussex Police during this operation – their contribution to this research is and remains crucial to its success."

– Rob Hickinbottom, head of the National Firearms Threat Center of the NCA