How enormous volcanic eruptions released chemicals, everything except the wiped out life on earth 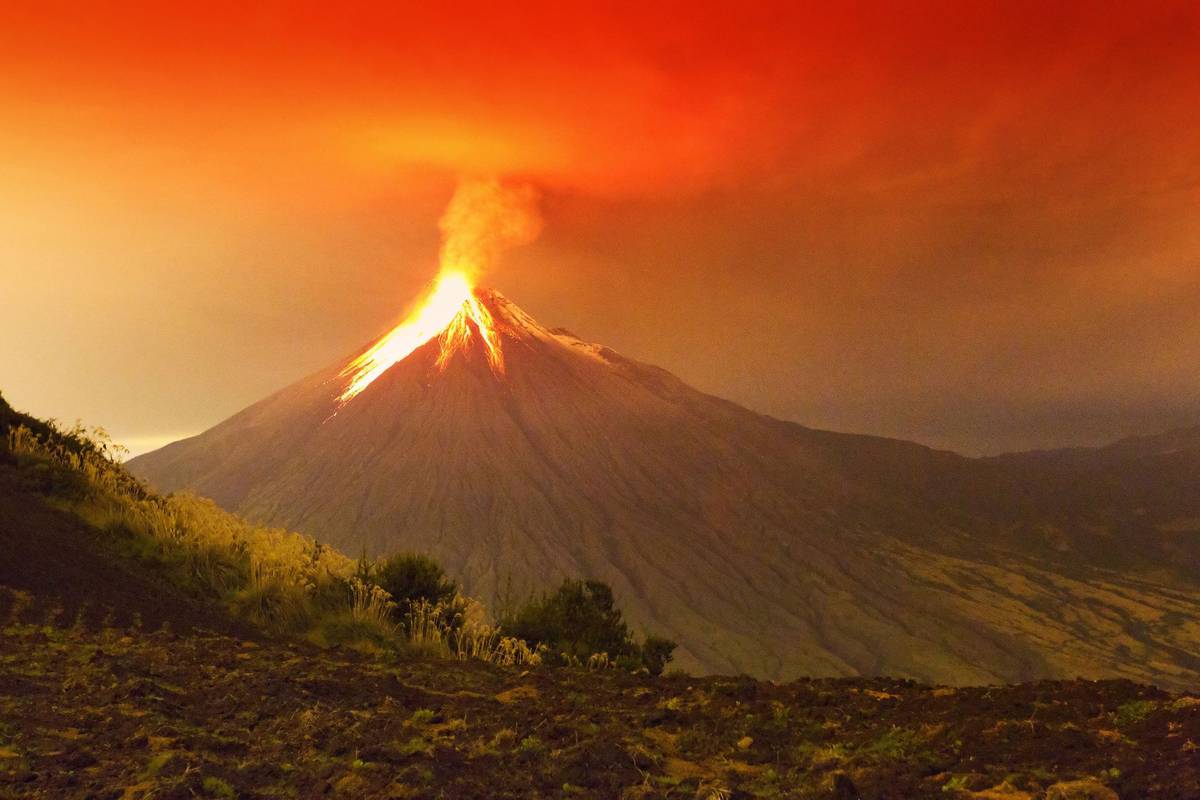 Scientists have unraveled the cause of the greatest mass extinction in Earth's history that destroyed 90 percent of all life on Earth some 250 million years ago.

Dubbed the Great Dying, the disastrous event was caused by a huge volcanic eruption that scientists believe has lasted up to a million years in what is now Siberia, reports the Daily Mail.

Until now, scientists did not know how the so-called Flood Basalts eruption was responsible for destroying such a large part of life on Earth, because previous volcanic activity on this scale had not killed anywhere near so many species.

Some had suggested that the eruption covered the earth in a dense smog that prevented the sun's rays from reaching the Earth's surface.

However, a new study has revealed how chemicals released by the eruption release a huge reservoir of deadly chemicals in the air that have taken the earth off its ozone layer.

This destroyed the only protection that the inhabitants of the earth had against the deadly UV rays of the sun, causing the death toll to rise in comparison with other major eruptions.

Scientists from the Center for Petrographic and Geochemical Research in Vandoeuvre-lès-Nancy, France, studied rock from the upper mantle of the earth to determine the cause.

They analyzed the chemical composition of mantle xenolites, rock sections of the lithosphere – a part of the planet located between the crust and the mantle – which is captured by passing magma and erupted to the surface during eruptions.

By means of analysis of the old samples, researchers tried to determine the composition of the lithosphere.

They discovered that the Siberian lithosphere was heavily loaded with chlorine, bromine and iodine before the flood of basalt.

These chemicals, all elements of the halogen group, seemed to disappear soon after the devastating volcanic eruption.

"We concluded that the large reservoir of halogens that was stored in the Siberian lithosphere during the volcanic eruption was sent into the atmosphere of the earth", according to lead author Michael Broadley.

"This destroyed the ozone layer at that time and contributed to the massive extinction."

Approximately 95 percent of marine life and 70 percent of life on land were exterminated 252 million years ago in The Great Dying.

All life on earth today is descended from the roughly 10 percent of animals, plants and microbes that have survived the mass extinction.

It was previously thought that the eruption was so deadly because it covered the earth in thick smog that shielded the sun's rays from reaching the surface of the planet.

"The extent of this extinction was incredible," Broadley said.

"Scientists have often wondered what made the Siberian Flood Basalts so much more deadly than other similar eruptions."

WHAT WAS THE AWESOME DIE?

About 248 million years ago the Perm period ended and the Trias period began.

The mass extinction in the Perm is the nickname 'The Great Dying & # 39; because almost all life on earth has been eradicated.

A dizzying 96 percent of all life on the planet was destroyed.

All life on earth today is descended from those existing 4 percent species.

The cause of the massive extinction remains unclear to scientists, although it is believed that it has lasted somewhere between 20,000 and millions of years.

Various events that trigger the total collapse of different ecosystems.

It is thought to be a period with a lot of volcanic activity that may have contributed to extinction.

The eruptions may have affected the ozone layer – which protects the planet from harmful UV radiation.

This high-energy form of radiation can cause considerable damage to living beings.

WHEN WERE THE MASS PERCENTIONS OF THE EARTH?
End Ordovician – c 443 million years ago

The third largest extinction in the history of the earth saw a severe glacial period that reduced sea level by 100 meters, eradicating 60-70% of all species – most of life on earth was in the sea.

Three-quarters of all species on Earth have died out after long-term climate change, with shallow seas the most affected areas. There were also reefs that saw almost all corals disappear.

With the appropriate name "The Great Dying", the third mass extinction saw that 96 percent of the species died out. Mass volcanic eruptions in Siberia were strongly linked to the savage episode of global warming that was responsible for extinction.

Climate change, an asteroid impact and eruptions of basalt eruptions have all been blamed for eradicating three quarters of the species on Earth.

The most famous mass extinction, which saw the death of dinosaurs, apparently of a gigantic asteroid impact.