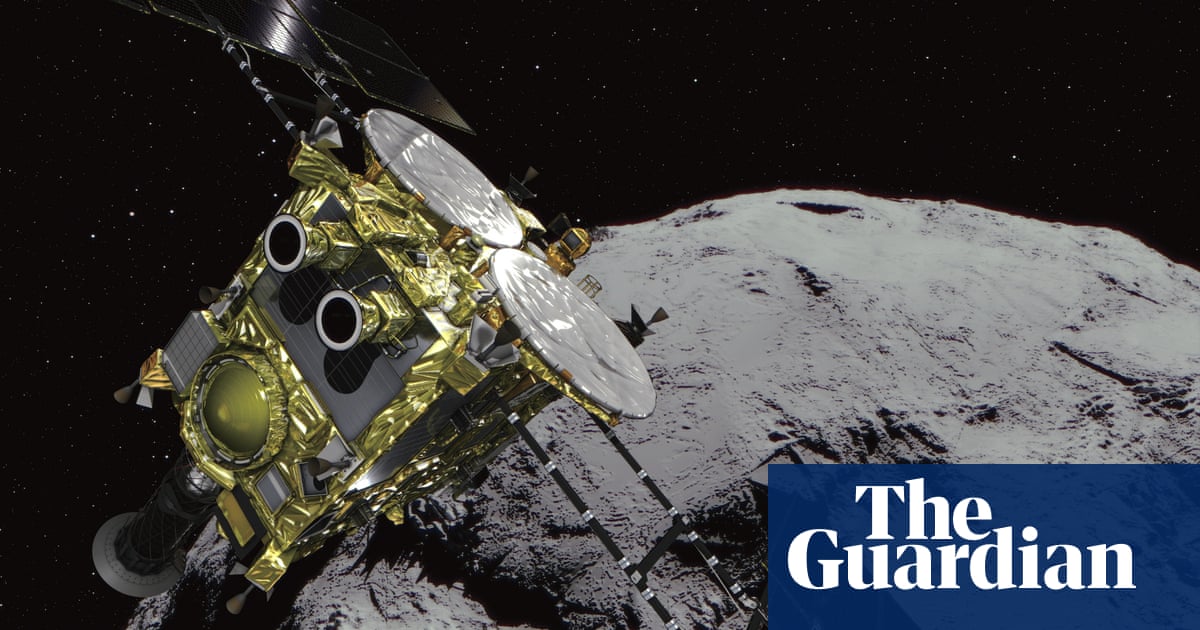 The last time Hayabusa2 was seen with the naked eye, Barack Obama was President of the United States and Brexit was a distant Europhobe fantasy.

Six years and three days after its groundbreaking mission began, the Japanese spacecraft will drop a capsule on the Australian outback containing pristine asteroid fragments that scientists believe may shed light on the formation of the solar system and the origins of life.

By the time the probe reaches the skies high above Woomera, South Australia in the early hours of Sunday, the probe has completed a round trip of about 6 billion km (3.7 billion miles), including two short stops on the surface of a moving asteroid.

The unmanned vessel will release the capsule from an altitude of approximately 220,000 km (136,700 miles), the Japan Aerospace Exploration Agency (Jaxa) said.

Sunday’s operation marks the culmination of a ¥ 30 billion (£ 215 million) mission that began when Hayabusa2, whose name means falcon in Japanese, left the Tanegashima space center in southwestern Japan in December 2014.

The probe reached its stationary position over the asteroid – named Ryugu after an undersea dragon palace in a Japanese fairy tale – in June 2018 after traveling 3.2 billion km in an elliptical orbit around the sun for more than three years.

One of the mission’s several critical phases occurred in February last year, when it briefly landed on Ryugu and fired a tiny tantalum bullet at the asteroid’s surface to kick up dust for collection, before firing back to its holding position.

Five months later, it hit a world first when it landed a second time to collect dislodged rock fragments and soil from beneath the surface of the 4.6 billion-year-old asteroid.

Jaxa Believes that those subsurface samples contain carbon and organic matter that, after being shielded from space radiation and other environmental factors, are in the same state as when the solar system was formed.

Jaxa experts, who arrived at Woomera last month, have set up satellite dishes in several places to pick up the signals, while the Australian Space Agency and the Department of Defense will be on standby to assist with the search and retrieval mission.

Without local help, searching for the capsule, which is only 40 cm in diameter, would be “extremely difficult,” said Yoshikawa.

However, Hayabausa2’s work is not finished at that time. Upon release from the capsule, it will be heading for another distant asteroid, named 1998KY26, in a mission expected to last ten years.