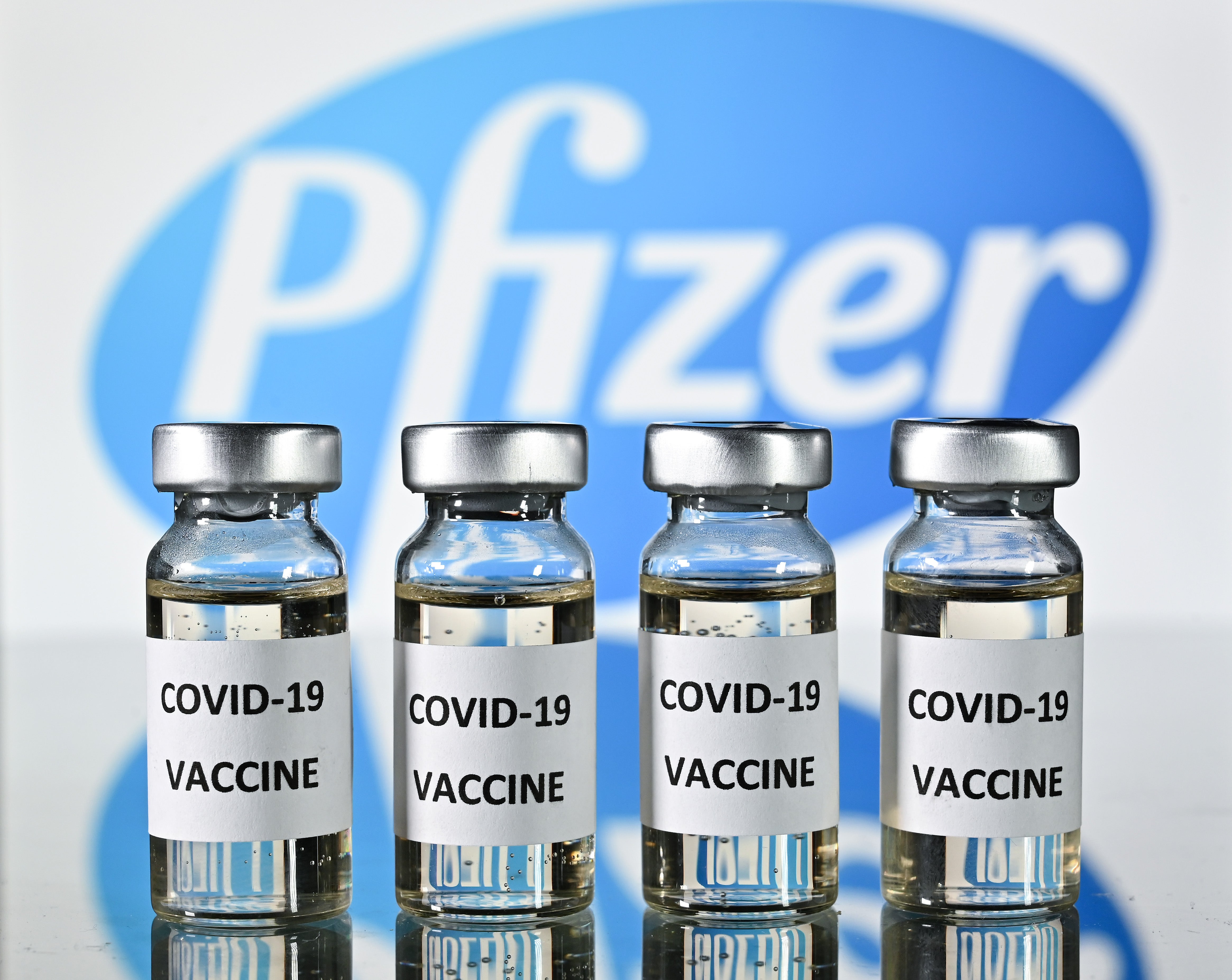 The first doses of the Pfizer / BioNTech vaccine are thought to have arrived in the UK shortly after the regulator said it could be rolled out.

According to Chris Hopson, the CEO of NHS Providers, the first shots will be administered by the NHS on Tuesday.

Of the 40 million injections of the Pfizer vaccine ordered by the UK government, 800,000 are expected to reach the UK by next week.

The Medicines and Healthcare products Regulatory Agency (MHRA) defended the speed of its approval decision, saying it had “rigorously reviewed the data in the shortest possible time, without compromising the thoroughness of our review.”

Meanwhile, Wales has announced that it will issue people with ID cards to prove they’ve had the vaccine.

The U.S. Food and Drug Administration (FDA) expects to take swift action following a Dec. 10 review of the coronavirus vaccine developed by Pfizer, and 20 million Americans could be vaccinated this year, the commissioner said Friday.

FDA Commissioner Stephen Hahn declined to provide a specific timeline of how long it would take to approve the vaccine developed by Pfizer and BioNTech, but said he hoped a decision by the regulator would take place in December.

Once the FDA approves a vaccine, “I will be the first and will encourage my family to take this vaccine,” Hahn told Reuters in an interview.

He also said he had a “vigorous discussion” with Chief of Staff Mark Meadows at a meeting at the White House to discuss the timing of a vaccine.

Many federal officials expect approval of the vaccine within days of the Dec. 10 meeting, although an FDA official recently said an approval decision could take weeks.

According to new data, the number of coronavirus infections in England has decreased in all regions except in the Northeast.

In the week to Nov. 28, the percentage of people who test positive for the disease is estimated to have declined in much of the country, the Office for National Statistics said in its latest Covid survey.

In the Northeast, rates appear to have leveled off, the ONS added.

You can find more information here:

U.S. Food and Drug Administration (FDA) Commissioner Stephen Hahn said Friday the agency will act quickly to review a Pfizer-BioNTech coronavirus vaccine and hopes it will make a decision this month.

Mr. Hahn declined to provide a specific timetable for how long an approval of Pfizer’s coronavirus vaccine would take, saying only that the FDA would act “very quickly” after a vaccine advisory committee met on December 10.

Many federal officials expect approval of the vaccine within days of that meeting, although an FDA official recently said an approval decision could take weeks.

Republican Senator Mitt Romney has criticized Donald Trump for what he called a lack of leadership during the coronavirus pandemic, calling the president’s response to Covid-19 a “great human tragedy.”

Mr Romney, the party’s defeated 2012 presidential candidate, lamented that the pandemic has become a “political issue” in an interview with CNN, adding that people are “sadly dying” because the message was not made clear to the public .

“Well this [coronavirus] apparently has not been the focus of his rhetoric, and I think it is a great human tragedy, no doubt, ”said Mr Romney when asked about the President’s attention to making allegations about electoral fraud.

It is estimated that more than 500,000 people had a virus in England between November 22 and 28

According to the Office for National Statistics, an estimated 521,300 people in England had the coronavirus from November 22-28, which is a drop of more than 100,000 from the week before.

Sky News has released a clip with a little more detail about the numbers.

Primark lost £ 430 million in sales as stores closed during lockdown

Primark lost £ 430 million in sales during the national lockdown in England and restrictions in the rest of the UK, France, Belgium and Austria.

The discounted fashion store had previously predicted sales would drop £ 375 million. It has reopened stores in England, France, Belgium and the Republic of Ireland in the past week with extended opening hours. Eleven stores will open 24 hours a day to make up for lost sales in the run-up to Christmas.

Customers lined up for the reopening for some stores, but 34 locations remain closed, including all stores in Northern Ireland and Austria.

The Independent’s business reporter Ben Chapman has the latest:

The Swedish government has announced that 600,000 elderly in nursing homes, the staff and the patients’ relatives will receive the country’s first vaccinations.

Stockholm is expected to receive five of the six vaccines purchased under the EU’s joint procurement program, and the Pfizer vaccine is likely to be approved by the European regulator later this month.

US Launch Initiative To Track Contracts For International Travelers

After a long wait, the US will finally roll out a contact tracking program for international arrivals.

The initiative of the Centers for Disease Control and Prevention (CDC) and Delta Air Lines starts on December 15.

Passengers on Delta aircraft will be asked to voluntarily provide information including their name, number and address while in the US. This is then passed securely to the CDC.

Helen Coffey, The Independent’s deputy head of travel, has the details:

About a third of the Spanish population would like to get a coronavirus right away, while 55.2 percent of people would rather see the effects become known.

But 8.4 percent of respondents said they wouldn’t use a Covid-19 vaccine.

The findings were part of a survey conducted by the surveyor CIS in late November.

People living in Wales will be issued a credit card-sized token once they receive their coronavirus vaccination, the Welsh health minister said.

Vaughan Gething said the ID cards would serve as proof of vaccination and also help remind people to come back for their second dose.

Plans for so-called “immunity passports” have not been announced in other parts of the UK.