More than 1,300 people mistakenly diagnosed with coronavirus and forced to isolate themselves after NHS lab failure

By Rachael Bunyan for Mailonline

More than 1,300 people were falsely told they had coronavirus due to a lab error with NHS Test and Trace.

The Department of Health and Social Care (DHSC) said 1,311 people who took a test in the UK between November 19-23 were wrongly told they had gotten a positive result.

It said there was a problem with a batch of test chemicals, meaning their results were invalid. 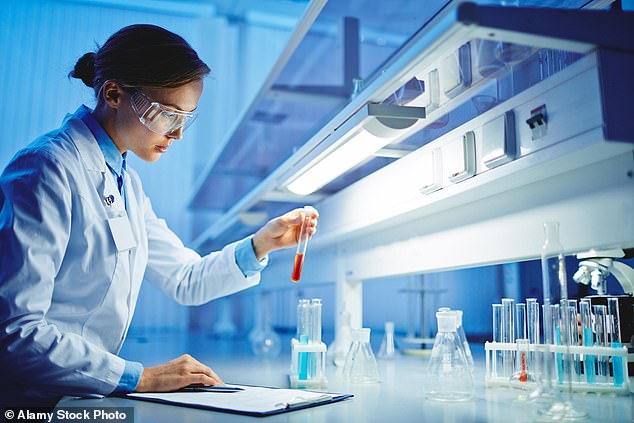 The Department of Health and Social Care (DHSC) said 1,311 people who took a test in the UK between Nov. 19-23 were falsely told they had gotten a positive result due to a laboratory error (stock image)

A DHSC spokesperson said: “Swift action is being taken to notify those affected and ask them to take another test, and to continue to isolate themselves if they have symptoms.

“This lab error was an isolated incident and is under full investigation to ensure it doesn’t happen again.”

The DHSC did not comment on whether the error affected regional infection rates figures.

Test and Trace is struggling, with numbers earlier this week revealing that about four out of 10 contacts of those who test positive for the virus are still not being reached.

The prime minister announced an additional £ 7 billion for Test and Trace in his winter plan on Monday in an effort to increase testing and improve contact tracing.

It brings the total funding provided for Test and Trace this financial year to £ 22 billion – nearly one-fifth of the entire NHS annual budget – which has been met with some criticism.

But Boris Johnson was adamant that the system offered “value” for money, although he admitted there had been “teething problems.” 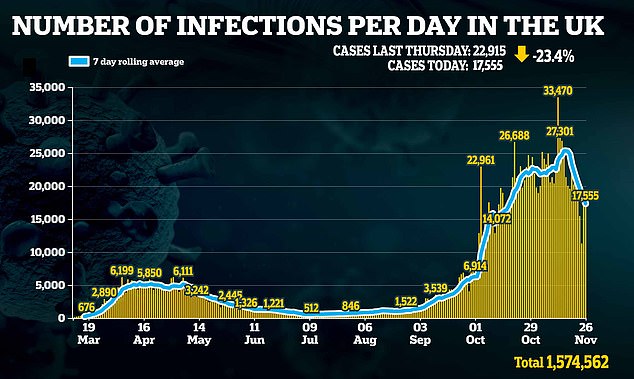 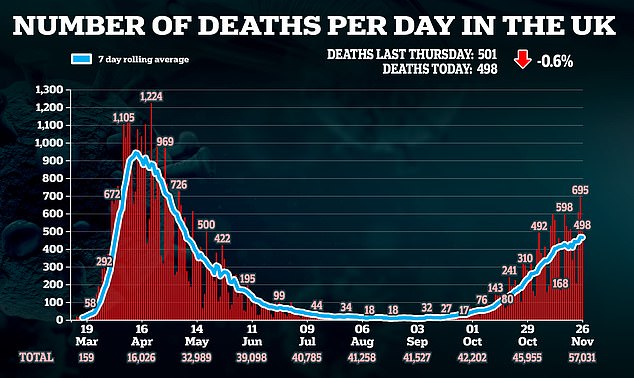 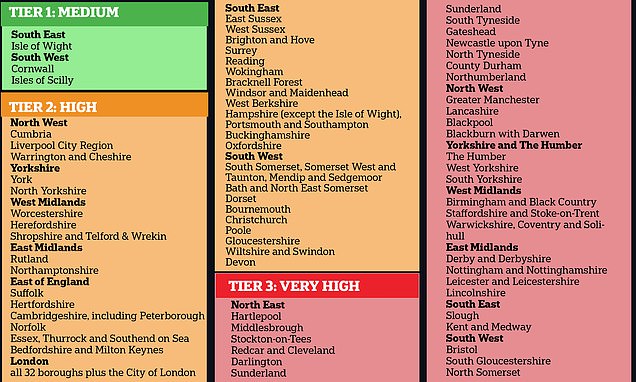 The Department of Health yesterday announced new lockdown levels into which England will be divided when the national lockdown ends on December 2.

The lab flaw came when Boris Johnson imposed brutal lockdowns on nearly 99 percent of England when he revealed the new levels – despite anger at the ‘vague and inconsistent’ rules used to decide who will face curbs.

Only 700,000 people – one percent of the population – will be subject to the loosest degree of disability. Before November 5, there were 29 million in the lowest level. Meanwhile, about 55 million residents will be in the most difficult two levels after the general national lockdown ended on December 2.

Despite nearly everyone in England having been placed under severe curbs, health officials have refused to disclose the exact barriers behind making the decisions, meaning local officials are left in the dark about how much it takes to crush their outbreak to escape the restrictions.