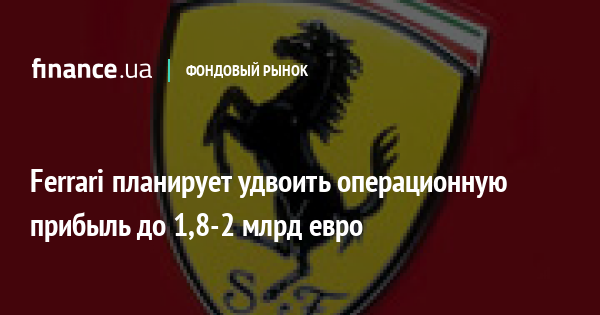 Chief Executive Officer Ferrari SA Louis Camilleri, who took over this position in July, presented a five-year plan for the development of the Italian sports car manufacturer on Tuesday.

In particular, the company plans to produce larger models to compete with SUVs produced by other car manufacturers in the luxury segment.

New car & # 39; s Ferrari will be present at the Paris Motor Show, which will be held in the French capital from 4 to 14 October.

By 2022, the proportion of cars with hybrid engines will account for about 60% of all products of the company.

The company also announced that it wants to increase the dividend up to 30% of the profit this year from 25% in 2017, according to The Wall Street Journal. In addition, a share purchase program of 1.5 billion euros is being launched.

The share price of Ferrari rose by 1.4% during the auction in Milan on Tuesday. The capital letter of the automaker since the beginning of this year has increased by about a third.